In tonight's episode, Sammy calls Rakhi and informs her about Sherlyn's false accusations on Preeta. Rakhi decides to stop Sherlyn. 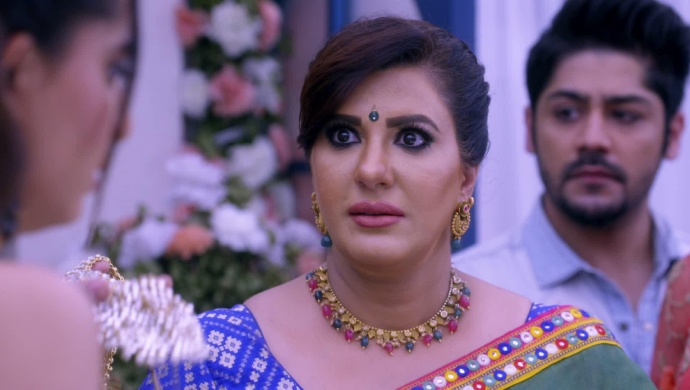 In the previous episode of Kundali Bhagya, the police find the necklace Sherlyn claimed was robbed and decide to arrest Preeta. However, Sammy finds the same necklace that Sherlyn said was robbed at home itself. While he is taking the necklace, he meets Rishabh who takes him aside. Rishabh says that Mahesh’s nurse is not here yet and Karan and Sherlyn are missing. Rishabh takes Sammy away to the doctor’s office. Karan reveals his face the police inspector and asks him to not arrest Preeta.

In tonight’s episode, Sammy and Rishabh are driving to the doctor’s office. Rishabh wonders if something is wrong because Sherlyn, Karan and Rakhi are not at home. While Rishabh goes to the doctor’s office, Sammy calls up Rakhi and informs her about Sherlyn’s actions. He tells Rakhi that he is with Rishabh and only she can save Preeta.

Rakhi decides to go home and bring the necklace to Preeta’s house to prove her innocence. At Preeta’s house, the inspector refuses to listen to Karan’s request and says according to his duty he has to arrest Preeta. Rakhi shows up in time and says that the necklace has not been robbed so Preeta cannot be arrested.

Rakhi even removes the necklace from her purse saying the one the police found is fake. To prove it Rakhi even agrees to call the jeweler. Rakhi cannot find the jewelers number and Sherlyn doesn’t give her the number because the fake one was also made there. Rakhi decides to call Karan and get the number.

When Karan’s phone rings everyone is shocked. Karan moves away and pretends to answer another call. When Karan doesn’t answer the phone Srishti decides to prove which one is real by throwing both necklaces on the ground. The fake one breaks while the real one is unaffected.

The police now try to arrest Sherlyn. Rakhi is embarrassed that her daughter-in-law is in jail but doesn’t stop them. Preeta stops the police saying she doesn’t want to pursue a case against Sherlyn. Karan understands Preeta is doing this to save Rakhi’s honour. Will he finally remember his love for Preeta? Stay tuned to find out.