In the next episode of Kundali Bhagya, Sarla meets Mahira while shopping and tells her that she should not get married to Karan. 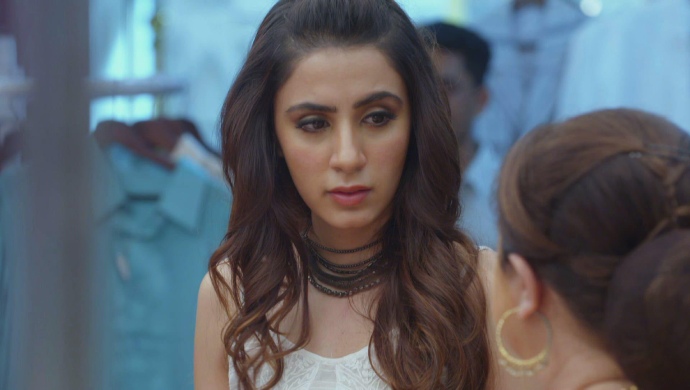 In tonight’s episode of Kundali Bhagya, Preeta’s neighbour invites her for her wedding. She taunts Preeta for getting married twice and not going to her in-law’s house even once. Sarla and Srishti defend Preeta. Sarla promises to go for the neighbour’s wedding and give Preeta such a good dress that she grabs all the attention at the wedding. Karan is about to go for cricket practice when Mahira and Kareena force him to go shopping. Mahira says she wants a dress for the mehndi ceremony and wants to spend time with Karan. Preeta ends up meeting Karan at the mall. He shows her his engagement ring and taunts her for not being able to stop the ceremony.

In the next episode, Sarla meets Mahira at the mall. Sarla even admits that she is an absolute nobody to Mahira. However, Sarla tells Mahira to not get married to Karan. Preeta is still with Karan at the mall where he says that he would have stopped the police. He says if Preeta admitted the truth that she was jealous of Mahira and didn’t want the engagement to happen, he would have stopped her from going to jail. Will Preeta admit she doesn’t want Karan to marry Mahira? Stay tuned to find out.