Preeta comes up with a new plan to trick Monisha. But will it work? 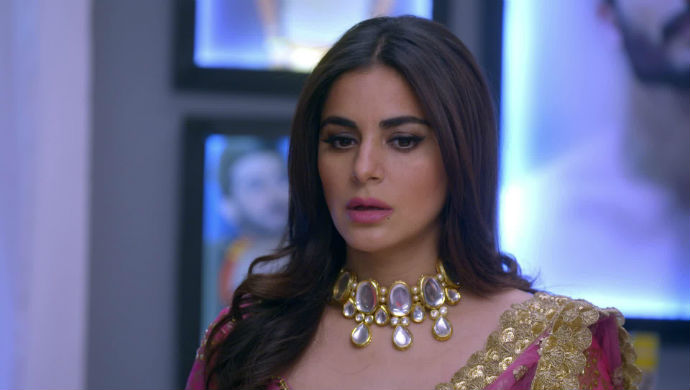 In the last episode of Kundali Bhagya, we saw Billa trying to kill Prithvi but the latter being saved by Monisha. She hits Billa on the head with a rod and he falls unconscious. She and Prithvi dump his body in a box. Just when Monisha is about to leave the room, she bumps into Preeta and quickly walks off.

Preeta gets suspicious and asks Prithvi what he and Monisha were doing alone in the room. Prithvi says he was trying to convince Monisha to not marry Karan for Preeta’s sake. But she isn’t convinced with this story. Prithvi panics when Preeta asks a helper to move the box carrying Billa, out in the hall as it has all the material required for wedding rituals. Prithvi accompanies the helper to keep a watch on the box.

Meanwhile, Monisha is furious as she discovers that her wedding lehenga has been torn. She barges in and disrupts the Luthra family meeting, asking who tore her outfit. Upon getting no answer, she says she will make everyone’s life miserable. Karan is furious at her behaviour and goes chasing after her, followed by Rishabh trying to stop him. The episode ends with Rishabh bumping into Prithvi and getting confused about whether he should stop Karan or catch hold of Prithvi and ask him about the lie he has told the Luthras about being a cadet from the police academy.

In tonight’s episode, we saw Karan reprimanding Monisha for her vile behaviour. But she retaliates saying that his tricks won’t work as she will marry him by hook or crook. Later, Karan gets ready to join Monisha at the mandap but is stopped by Preeta and her mother. Preeta suggests she has a clever plan to trap Monisha. She says that they could use Rithvik to make Monisha speak the truth, since he’s the only one that could melt her heart. Even though Rithvik is dead, Preeta suggests that they could use his recording and tapes to make Monisha believe he is around. Rishabh however isn’t convinced and says that this plan won’t work since Monisha is clever and always one step ahead.

Sameer too is against this plan and even walks off, showing his displeasure. Srishti chases after him and tries to convince Sameer to play along with the plan of helping Karan. She says if he agrees to come on board, they can stop Karan from marrying Monisha. Upon a lot of convincing, Sameer agrees, as he likes Srishti and is willing to do anything for her.

Meanwhile, Prithvi spots the pandit trying to open the box carrying Billa and stops him in time. He tells the pandit that he will take care of the pooja material. Prithvi even bribes the pandit to take away the box from him and successfully manages. But just when he is wheeling away the box, he is spotted by Janaki who asks him where he is taking the box.

How will Prtithvi cover up? And will Preeta’s plan against Monisha work? Stay tuned for all the updates!