In tonight's episode, Sameer informs Preeta that Karan is marrying Mahira the next day and asks for her help to stop the wedding. 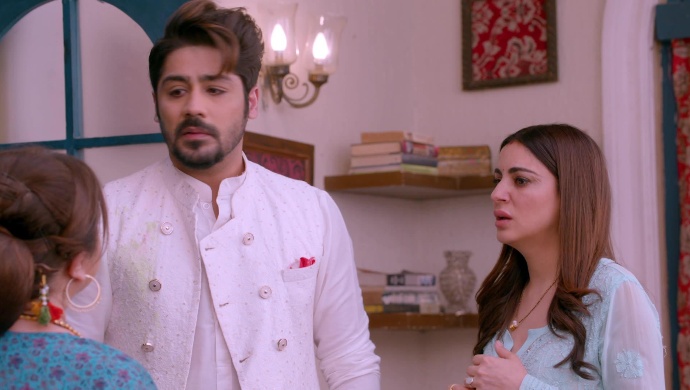 In the previous episode of Kundali Bhagya, Kareena tells everyone that Preeta is the cause of everything wrong with their family. Daadi and Mahira’s mother support her and eventually Rakhi agrees with them as well. Sherlyn and Mahira go aside and celebrate their success. Preeta tells her family that she went to the Luthra House to save Karan and now he too doesn’t trust her. Kareena and Daadi call Karan downstairs and convince him that the only way to save the Luthra family from Preeta is by getting married to Mahira the very next day.

In tonight’s episode, Karan tries to tell his family that Mahesh is ill so he cannot get married. Kareena says that she knows it is the wrong time for them to get married, but now there is no other way to get Preeta out of their lives. She promises to not create any problems for Karan’s cricket practice and tells him that he only needs to show up for the wedding. Mahira says she thinks that Kareena is right.

Karan hears everyone out and decides that he will marry Mahira the very next day itself. Sameer hears this and panics. He goes to Preeta’s house at night and tries to enter through the window. Srishti sees him and asks him to enter through the door. Sammy tells Preeta and Srishti that Karan is getting married to Mahira tomorrow and asks Preeta’s help in stopping the wedding.

Srishti steps in and says that neither she nor Preeta will help Sammy because his family doesn’t value their efforts at all. Sarla also wakes up hearing the noise and finds Sammy there. She tells Sammy that instead of using Preeta for his plans, he should try and be brave for once. She insults Sammy for asking for Preeta and Srishti’s help and forces him to leave the house.

Preeta tells Sarla that is doesn’t matter to her that Karan, who married her first, is now going to marry someone else. Preeta says that she is ready to forget Karan and move on. She asks Sarla to do so too and never think of the Luthra family from the next morning onwards. Will Preeta let Karan marry Mahira? Find out tomorrow.

Anjum Fakih On Working With Her Kundali Bhagya Sister: I Am Very Fond Of…