In the upcoming episode of Kundali Bhagya, Karan tells Preeta that the mehendi now cannot be rubbed off. However, it doesn't mean anything to him. 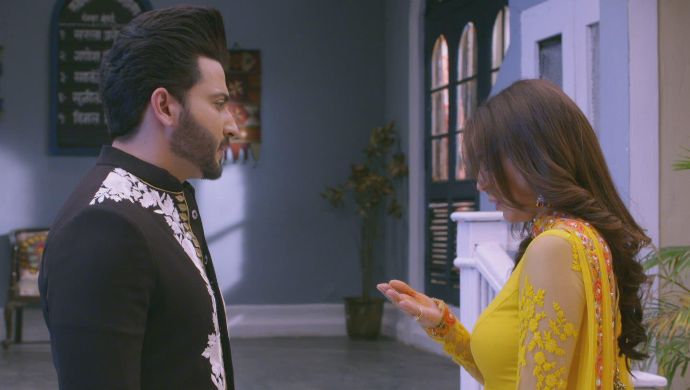 In tonight’s episode, Preeta finally admits that she and Karan are written in each other’s Kundali Bhagya. She decides to talk to Mahira and convince her to not marry Karan. However, Mahira gets irked and tells Preeta that she has made a joke of herself. Karan asks Preeta to stay close to him. He tells her that he needs her and that he wants him to take care of all that he wants. Sherlyn tries to mock Srishti but instead Srishti threatens to expose her and shuts her up.

In the upcoming episode, Srishti and Mahira are having an argument. Srishti tells Mahira that if she tells the world that Karan’s mehendi was first applied on her sister Preeta’s hands then everyone will bless Karan and Preeta. She further adds that Karan and Preeta are made for each other. Karan tells Preeta that the mehendi has now been applied on Preeta’s hands and it cannot be rubbed off. Karan asserts that the mehendi on Preeta’s hands doesn’t mean that he loves her or that there is any relation between them. He says it doesn’t change anything.

Plot Twists 2019: 10 Most Shocking Moments From Shows Like Kumkum Bhagya,…

Sonam Kapoor: If I Don’t Take Advantage Of My Father’s Hard Work,…