Kundali Bhagya 20 February 2020 Written Update: Preeta And Karan Are Caught By The Police

In tonight's episode, Karan and Preeta are going to the Luthra House with the unconscious truck driver but they are stopped at a check naka. 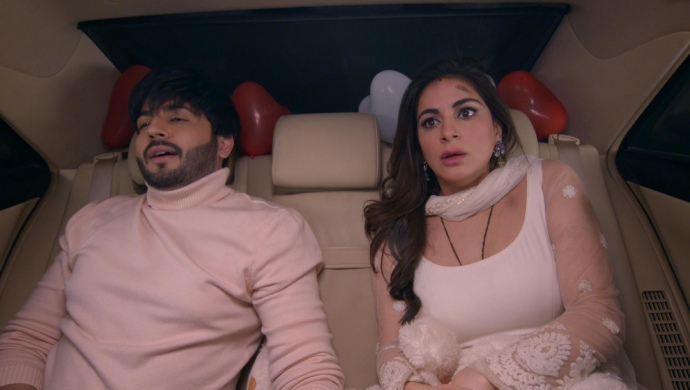 The constable tells Preeta that Karan is right to not bring the truck driver the police. Preeta and Karan keep the unconscious truck driver in the trunk of the car. Preeta tries to convince Karan not to take them to the Luthra House. She feels this will put Karan and his family in trouble. Sammy and Srishti drive the car when they reach a check naka.

Karan pretends to be kissing Preeta in the back of the car and avoids showing her face to escape the check naka. The police see Karan in the car and let him pass. Sarla and Janki notice that Srishti is missing and decide to go to the police. Srishti calls them up saying she is returning home. Karan takes Preeta to his house and Mahira opens the door for them.

The Luthras are shocked to see her in the house. Karan tells his family that he saved Preeta and brought her to his house. Karan shows them the truck driver and proves that the truck driver is guilty. Sherlyn and Mahira are afraid that their whole plan is ruined. The police decide to go to Preeta’s house to look for her.

The female constable warns Srishti that the police will be coming to her house. Sherlyn and Mahira are sure that the truck driver will reveal the entire truth. Sherlyn is sure that if the truth comes out then the Luthras will kick both of them out of the house. Kareena is worried that Karan has put their family in trouble. Will the police find out Preeta is in Karan’s house? Find out in the next episode.

You Can Now Watch Chinese Blockbusters Dubbed In Hindi On ZEE5