In tonight's episode, Rakhi and Karan hear Mahira's claim that Preeta wants to kill her but they doubt if Mahira is telling the truth. 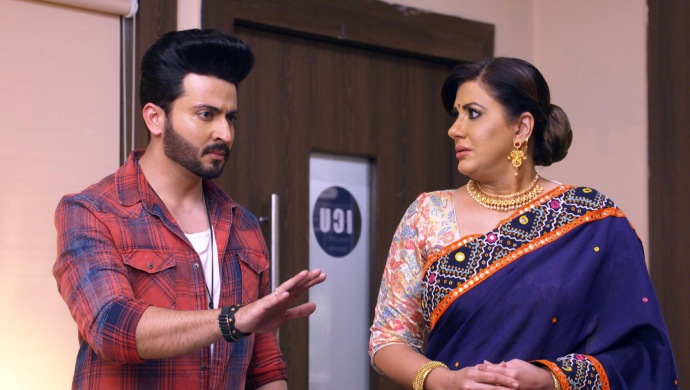 In the previous episode of Kundali Bhagya, Mahira promises Preeta that she will tell the police the truth. When the police enter her room, Mahira claims that Preeta wants to kill her. Sherlyn then forces the police the arrest Preeta. Karan tries to call Preeta but she is unable to answer the phone. He goes to the hospital with Rakhi and is shocked to hear that Preeta tried to kill Mahira. Rakhi and Karan refuse to believe Mahira but Sherlyn says that she saw Preeta trying to kill Mahira. Srishti calls up Sarla and informs her about Preeta’s arrest.

In tonight’s episode, Mahira tells Karan that Preeta tried to kill her. She says that Preeta doesn’t want to break her marriage with Karan. She lies about Preeta’s admission saying that she will not give up her alimony even if Karan breaks the marriage. Rakhi refuses to belive that Preeta could do such a thing, Karan is in dilemma.

Srishti is still with Preeta when Sarla enters the police station. She goes to Preeta’s cell and asks her to stop crying. Sarla says that she knows Preeta is innocent and promises to do whatever it takes to get her out of the bars. Mahira asks Rakhi to tell her if she believes that Preeta is a criminal. Rakhi doesn’t believe Mahira’s version about Preeta.

Karan feels Preeta should not have dealt with Mahira herself. He feels like everything was going alright and now Preeeta has ruined it again. Rakhi cries and says she is worried about Preeta. She cannot believe that the police could arrest her without getting proper evidence. Mahira is upset seeing that Rakhi doesn’t believe her. She scolds Sherlyn and asks her to keep her advice to herself.

Sherlyn decides to ruin Mahira’s plan for speaking rudely to her. She knows once Prithvi returns from Delhi, he will get Preeta out of jail. The police suggests Sarla to stop bothering them and ask the Luthra’s to take back their complaint. Sarla tells Preeta that she will go the Luthras and seek their permission about the same. Will Sarla succeed in getting Preeta out of the jail? Find out tomorrow.