In tonight's episode, Rishabh spends his suhaag raat away from Sherlyn because he remembers she is already pregnant 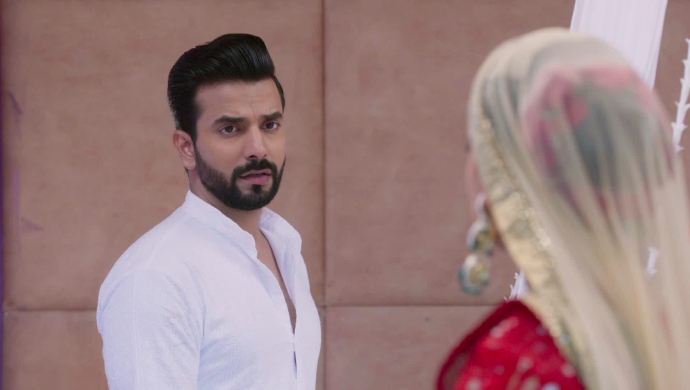 In the previous episode of Kundali Bhagya, Rishabh scolds Karan for mistreating Preeta and demands an answer. Karan tells Rishabh that Preeta was supposed to stop the wedding. He blames Preeta for not showing up with the pregnancy results and ruining Rishabh’s life. Meanwhile Preeta tells her family how Karan refused to believe her. Sarla and Srishti decide to go there as a family and tell the truth but Sherlyn reaches there to stop them.

In tonight’s episode, Sherlyn is in Preeta’s house and offers to pay them money. She tries giving money to avoid them coming in her way again. Srishti gets angry and tries to push Sherlyn out of the house. She threatens to kidnap her in the house itself. Sherlyn decides to avoid arguing anymore and warn Preeta and her family to stay away.

Preeta tells Sherlyn that Rishabh will never treat her as his wife because she is way below him. Preeta also challenges Sherlyn to find out why she wanted to marry Rishabh despite having a baby with someone else. Sherlyn accepts her challenge and goes back to spend her suhagraat with Rishabh

When they are in the bedroom Rishabh refuses to be near Sherlyn. When Sherlyn tries to be near him he remembers what Karan said about Sherlyn being pregnant. He thinks about how Preeta also had pregnancy tests to prove it. Rishabh decides to spend the night away from Sherlyn which makes her nervous.

Preeta is crying at home where Srishti finds her. Preeta tells her how Karan must be sulking alone with no one to support him. Srishti is surprised Preeta is crying for Karan. She tells Preeta that she is crying because she lost Karan whom she considered the love of her life. Preeta gets angry but Srishti says she knows it is the truth.

Sammy hears Karan screaming about Preeta. Karan realises he was only hearing Preeta’s voice in his head. He wishes for Preeta to leave him alone while Preeta too doesn’t want to think about Karan anymore. Will this fight ruin Karan and Preeta’s relationship? Stay tuned to find out.