Karan and Preeta have to go against their family to prove Sherlyn wrong. Will they succeed? 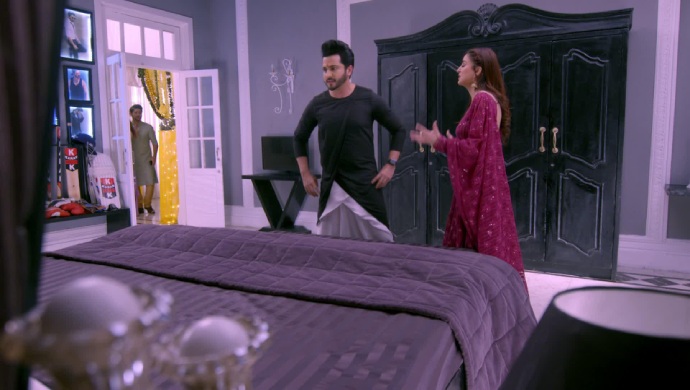 In last night’s epiosde of Kundali Bhagya, Preeta confronts Sherlyn about her boyfriend and pregnancy and demands answers from her. Sherlyn admits to her entire plan but also tells Preeta that no one will believe the truth because they are all on Sherlyn’s side. Karan tries to console his brother telling him Preeta will make everything alright.

In today’s episode we see Rakhi promising Sherlyn to make her the bahu of their household. She also takes Sherlyn with her to meet Rishabh and makes him apologise for what happened. Sherlyn accepts the apology and agrees to marry Rishabh as part of her plan.

Karan who is watching all this unfold is boiling with anger and questions her ability at handling the situation and finding out the truth. Preeta then calms him down and tells him everything that Sherlyn confessed, and explains how Rishabh is innocent and he has been set up since the beginning.

But with neither proof nor a motive they cannot prove Sherlyn’s plot and while Karan is starting to lose hope Preeta vows to expose Sherlyn.

While the other women in the house are divided on Rakhi’s support for Sherlyn, Rakhi tries to make things up with an upset Karan who hasn’t eaten dinner. She explains her decision to him and tells him that no woman in today’s society would plan to put herself in the position that Sherlyn is in. She could face a lot of embarrassment from friends, family. He wants her to see the truth while she wants him to support her decision.

Karan enters Preeta’s house while she is thinking why Sherylyn admitted to all her allegations so easily. Karan tells her that he has a plan in mind. Will their plan be successful? Stay tuned for further updates.