In tonight's episode, Karan promises to stand by Mahira against Preeta and even ignores Srishti's call when she is trying to ask for help. 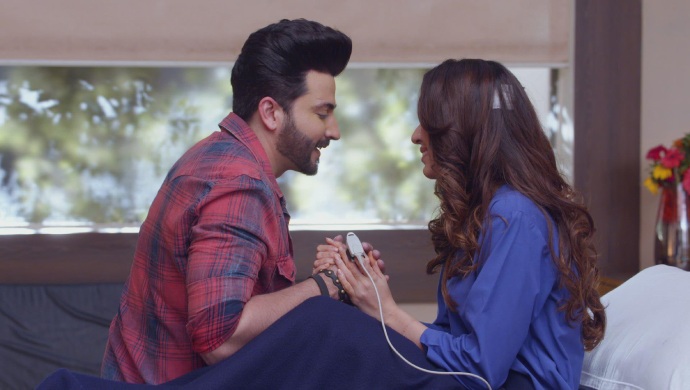 In the previous episode of Kundali Bhagya, Mahira tells Karan that Preeta is trying to kill her. She says Preeta wants to stay married to Karan and if they don’t remain married, Preeta still wants the alimony. Karan and Rakhi are still doubtful if Preeta would really try to kill anyone. Sarla goes to the police station and begs them to release Preeta. She is confident that Preeta is innocent and says the police doesn’t have any proof. Rakhi also feels the police should not have arrested Preeta without any proof. Karan thinks Preeta has messed up the situation just when it was all getting better. Sarla decides to go to the Luthras and ask them to take back their complaint against Preeta.

In tonight’s episode, Ramona falls down because her blood pressure goes low. Rakhi and Kareena decide to take her home for medication. They ask Karan to wait with Mahira till she gets fine. Preeta asks Srishti to call up Karan and inform him that Sarla will be coming to his house to ask for help. She hopes Karan will realise that she is innocent and will convince everyone else.

When Srishti tries to call Karan he doesn’t answer her call. He goes to Mahira’s room to talk to her. Mahira tells Karan that Preeta will go to any extent to stop their wedding. Karan promises to be with Mahira and not take Preeta’s side. Karan disconnects as Srishti calls. Janki tells Srishti that Karan doesn’t want to help them. Srishti lies to Preeta saying Karan agreed to help them.

Preeta hopes that Karan will sort things out and will manage to impress Sarla too. Sarla is confused because Mahira purposely hurt herself to put Preeta in trouble. Janki decides to go to the Luthra house with Sarla and release Preeta. At the Luthra house, Kareena scolds Rakhi again for supporting Preeta instead of Mahira.

When Sarla rings the bell, Mahira’s mother, Ramona, opens the door for her. Sarla tries to convince Rakhi that Preeta is innocent. Sherlyn says she saw Preeta trying to kill Mahira, but Sarla refuses to believe her. Kareena steps in and asks Rakhi to stop listening to Sarla. Will Rakhi get Preeta released? Find out tomorrow.

Dheeraj Dhoopar Thanks His Fans, Talks About Kundali Bhagya At The…