In tonight's episode, Prithvi gets jealous imagining Sherlyn being in bed with Rishabh after their marriage. 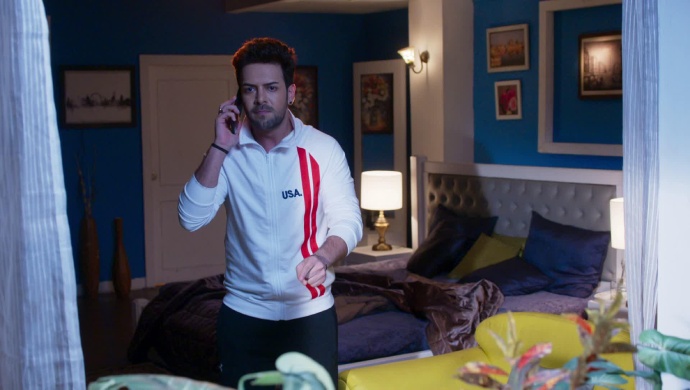 In the previous episode Kundali Bhagya, Sherlyn tries to offer money to Preeta and her family. Preeta refuses Sherlyn’s money and also tells her that Rishabh will never accept her as his wife. Sherlyn goes home to meet Rishabh and he remembers how Karan and Preeta both knew Sherlyn in pregnant. Rishabh keeps distance from Sherlyn on their suhagraat. Meanwhile Karan is angry with Preeta but he can’t stop thinking about her.

In tonight’s episode, Preeta is crying remembering her time with Karan. Srishti sees Preeta crying and tries to console her. Preeta is offended that Karan said Sherlyn is better that her. She wonders why he misunderstood her so much. Srishti calls up Sammy to talk to him about Preeta.

Srishti tells Sammy that they will be coming to the Luthra house the next morning itself to tell the truth. Sammy tells Srishti to let the matter settle for two days. He is afraid that Karan will get angry at her. He is also afraid of how Sherlyn will react when she sees Sarla and Srishti trying to expose her.

Sherlyn gets a call from Prithvi who wants to know if Rishabh tried to get close to Sherlyn. He is jealous thinking of Rishabh being in bed with Sherlyn, the girl he loves. Sherlyn says that Rishabh is avoidng her. She is worried that Preeta has turned Rishabh against her. She decides to get Preeta out of the way.

Sherlyn also invites Prithvi to her muh-dikhai, which is the next day. Rakhi is setting up for the party next morning. Kareena goes to wake up Sherlyn and Rishabh. She sees that Rishabh and Sherlyn’s bed is left untouched. Sherlyn tells Kareena that what happened with Preeta ruined her wedding night.

Kareena vows to get Preeta out of the Luthra’s life and bring Rishabh closer to Sherlyn. will Sherlyn manage in keeping Preeta and her family away from the Luthra’s? Stay tuned to find out.