In the next episode, Kareena Bua asks Sherlyn's mother about her hatred for Prithvi who steps in to the conversation. 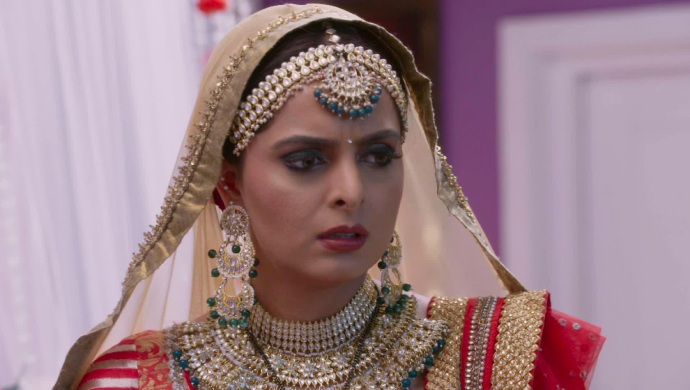 In tonight’s episode of Kundali Bhagya, Sherlyn goes to Preeta’s house and offers them money. She asks them to stop trying to create problems for her. But, no one takes Sherlyn’s offer. Sherlyn goes back to spend her suhaagraat with Rishabh, he stays away from her. Rishabh believes that Sherlyn is already be pregnant with someone else’s kid. Meanwhile, Srishti believes Preeta is hurt more because she loved Karan and he didn’t believe her.

In the next episode, Srishti tells Sammy that she will be the one to take revenge on Sherlyn. She refuses to accept defeat to Sherlyn. Kareena notices that Sherlyn’s mother, Sanjana, hates Prithvi. She asks Sanjana to explain why she hates Prithvi. Sanjana is about to tell Kareena something when Prithvi steps into the conversation. Will Sherlyn’s mother expose her daughter? Stay tuned to find out.