Sarla follows Sherlyn's car to find out who she is getting married to other than Rishabh. 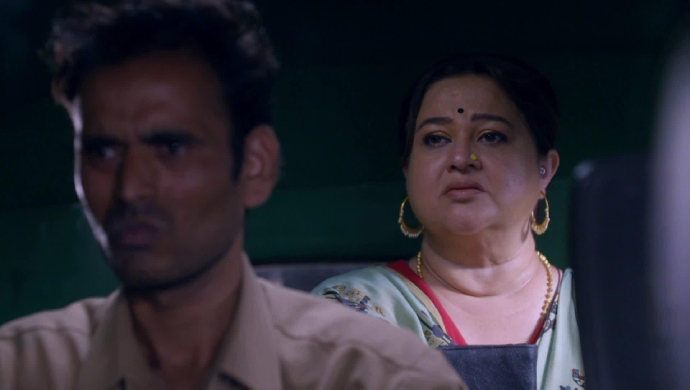 In the previous episode of Kundali Bhagya, Sherlyn and Sarla aunty end up at the same sari store. Sarla notices Sherlyn and hears her discussing her plans for getting married before the bachelor’s party. Sarla doesn’t know Sherlyn is planning to marry Prithvi. She asks Prithvi to call his mother to the bachelor party so they can decide a date for his wedding to Preeta. Meanwhile, Karan asks Rishabh what they would do if they fall in love with the same girl.

In tonight’s episode, Karan tells Rishabh that they will change the girl if they both fall for her. Rishabh then decides to change his clothes to impress Preeta. Sherlyn’s mother hears Rishabh murmuring about Preeta. She calls Sherlyn and warns her that Rishabh likes Preeta. Sherlyn tells her mother that she has some work after which she will come to the bachelor party.

Sarla sees Sherlyn drive away in a car and follows her in a rickshaw. Sherlyn realizes a rickshaw is following her and becomes alert. However, the rickshaw driver realizes it too and backs off for a while. Prithvi is already at the temple with the pandit. He is getting jittery waiting for Sherlyn. His mother has confirmed that she will go for the bachelor party. Here Sarla and his mother will decide on a date for Preeta and Prithvi’s wedding.

At the Luthra house, Mahesh ji asks Sameer if he knows any young woman who will be coming to the party. He gets caught by Rakhi who gets upset with him. He apologises to Rakhi and says it was only fun. However later he asks the same question to Rishabh too. Rakhi then Rishabh that it was a bad idea to have a bachelor. Because of it her husband also started behaving like a bachelor.

Karan has invited his coach’s son, Mehul, for the bachelor party. He sees Preeta at the party and wants Karan to introduce him to Preeta since he plans on wooing her. Karan and Rishabh pretend to not know whom he is describing.

Sarla loses track of the car while Sherlyn reaches the temple. Prithvi is out to complete the wedding in a hurry. Sarla manages to catch a sight of Sherlyn’s parked car. She stops the auto and begins looking for Sherlyn. She hears a temple bell and moves towards it. Will she catch Sherlyn marrying Prithvi? Stay tuned to find out.