In the next episode, Biji overhears Prithvi planning to take his place in the mandap again and realises Prithvi is wearing a disguise. 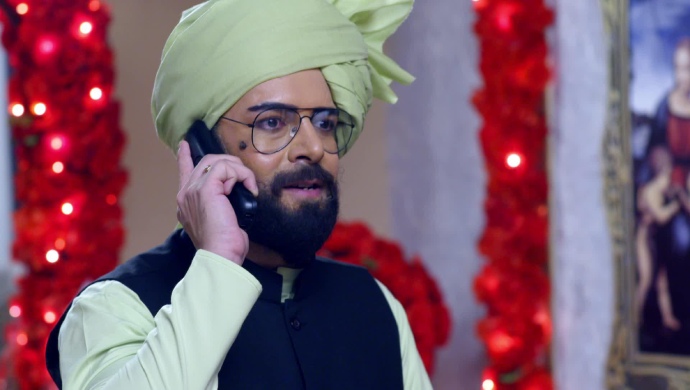 In tonight’s episode of Kundali Bhagya, Prithvi wakes up and realises no one wants him to marry Preeta. He decides to use Karan’s methods against him to get back in the mandap with Preeta. Prithvi puts on a bears and disguises himself as a Sardar. Rishabh is at home with Mahesh talking to him. He notices Mahesh move his hands and eyes. Rishabh tries to make Mahesh wake up again. Sherlyn reaches home crying and tells her mother she wants revenge against Prithvi.

In the next episode, Prithvi is telling his men that finally the situation is getting in his control again. Biji overhears him talking and realises that the voice behind the disguise is Prithvi’s. Meanwhile, Rishabh swears revenge on Prithvi after finding out that Prithvi put his father in a coma. Prithvi is heading back to the wedding in his disguise but Biji follows him with an iron rod to attack him. Will she manage to stop Prithvi? Stay tuned to find out.