Sarla enters the temple to find the person Sherlyn is marrying and is left surprised. 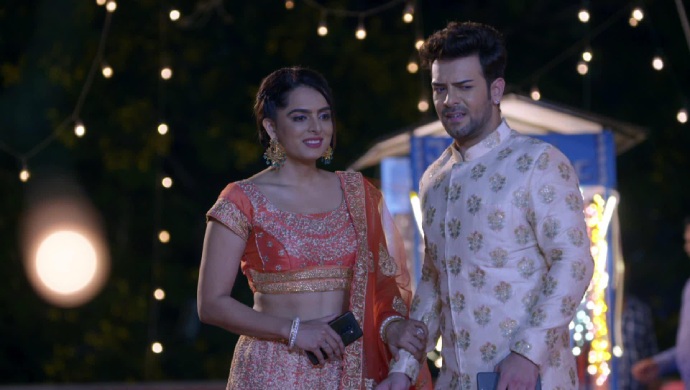 In tonight’s episode of Kundali Bhagya, Sherlyn’s mother finds out that Rishabh is in love with Preeta. She calls up Sherlyn to warn her about Preeta. Sherlyn says she will deal with it after she completes some urgent work. Sarla stalks Sherlyn’s car to know where she plans to get married and whom she is marrying.

In the next episode, Sarla goes to the temple looking for Sherlyn. She looks around but doesn’t see any wedding happening inside the temple. She is about to give up and leave when she hears someone say the name Sherlyn Khurrana. Sarla follows the sound and ends up behind the temple.

There she sees Sherlyn sitting at a mandap while the wedding rituals are on. The face of the groom, Prithvi, is covers with a garland of flowers. However, Prithvi lifts off the flowers and Sarla gets a look at his face. Will Sarla expose Sherlyn and Prithvi to the Luthra’s?

Just Like Pragya Arora Of Kumkum Bhagya, Sriti Jha Is A Desi Diva Too