In tonight's episode, Karan comes up with a plan to get revenge on Preeta for insulting him and asks for Kareena's help. 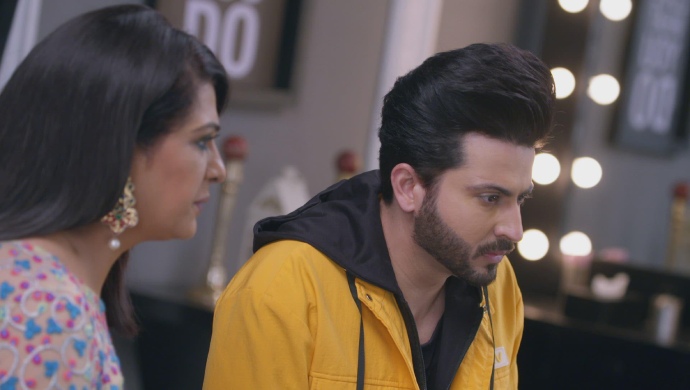 In the previous episode of Kundali Bhagya, Karan finds Sarla at the mall and begins scolding him. Kareena and Mahira also insult Preeta saying that she is at the mall only to impress Karan and find a way to be with him. Sarla decides to defend Preeta and begins insulting the Luthra’s. Karan interrupts Sarla, asking her to calm down. Preeta and Karan get into a fight about Kareena and Sarla’s fight. When they go to the counter, Sarla finds out the dress she picked was too expensive and Kareena taunts her again. Sarla goes home and tells Srishti everything that happened at the mall. Kareena scolds Karan for not stopping Sarla and Preeta.

In tonight’s episode, Kareena returns home with Karan and Mahira looking upset. Sarla and Preeta are also home, and are talking to Srishti. When Sarla leaves the room, Srishti asks Preeta what happened between Karan and her in the changing room. Preeta says nothing happened and goes into her room. Karan is in his room thinking about Sarla and Preeta’s insults.

Karan is hurt that Sarla promised to not let Preeta meet Karan again and that they will never respect him. Karan decides upon a way to come face-to-face with Preeta and to make her family respect him. He tells Kareena that he wants to have his Mehndi Ceremony at the Kumkum Bhagya marriage hall. Both Kareena and Mahira are shocked to hear Karan’s decision.

He explains that if they have it there, Sarla and Preeta will be forced to treat the Luthra’s with respect. Kareena likes the idea and asks  to let her also lie for the plan. She tells Rakhi and Rishabh that this is a way to cover up for all the wrongs Karan did to Preeta. Rakhi agrees to Kareena’s plan but Rishabh is doubtful. Sarla says she needs to go to the bank and get money because she wants the dress for Preeta.

Kareena gets a ‘Mr. Singhania’ to book Kumkum Bhagya Hall for the Mehndi Ceremony. He asks Singhania to make sure Preeta doesn’t find out whom the hall is being booked for. Singhania promises Sarla double the money to get the hall ready by tomorrow. Will Sarla accept the deal? Stay tuned to find out.

Kumkum Bhagya 24 December 2019 Preview: Abhi Finds Out That Rhea and Ranbir Are In Trouble