In the next episode, Sarla allows the Luthra's to enjoy the marriage hall but says her family will not help in Karan's mehndi ceremony. 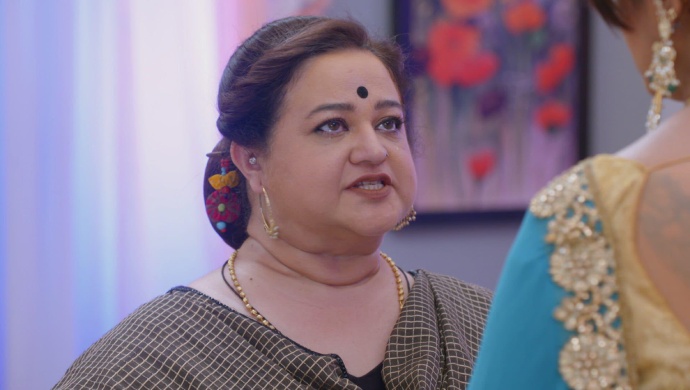 In tonight’s episode of Kundali Bhagya, Sarla finds out that the person who booked the hall for the next day is going to cancel. She tells the person who was ready to pay her double the amount that he can have the hall. Preeta and Srishti decide to do the decorations themselves. Kareena and Karan are happy that the marriage hall got booked without anyone suspecting something is wrong. Sherlyn finds out the wedding ceremony is happening in Preeta’s hall and asks Mahira to be careful. Karan decides to be with Preeta at all times. He asks his family to rush to Kumkum Bhagya hall. Preeta and Srishti are shocked to find Karan there.

In the next episode, Kareena tells Sarla that she is under contract to make sure the Luthra’s ceremony happens at Kumkum Bhagya, marriage hall. Kareena adds that if Sarla refuses to provide the hall then they can take her to court. Sarla decides that since the Luthra’s want Kumkum Bhagya Hall, they can have it. She adds that no one from the Arora family will be there at the ceremony. Karan hears Sarla’s statement. Will he plan to be with Preeta fail? Stay tuned to find out.