In tonight's episode, the police enter the Luthra House with a search warrant. Karan tries to avoid them with Preeta and the truck driver. 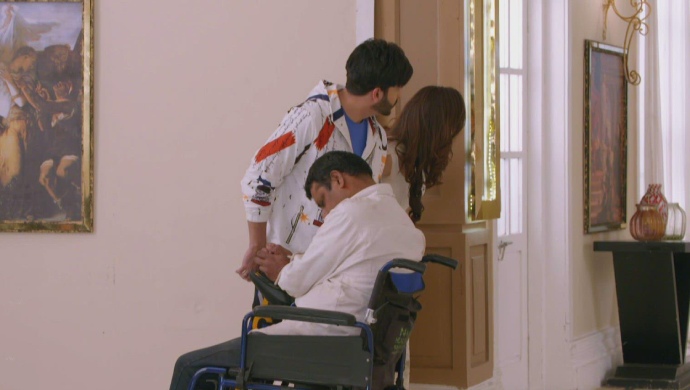 In the previous episode of Kundali Bhagya, Karan leaves the room only after everyone promises to make sure the truck driver doesn’t escape. He then goes to take care of Preeta’s wounds and they end up pillow fighting. Preeta and Karan both slip and fall on the bed. Mahira sees them in bed looking at each other and gets jealous. The police reach Preeta’s house and question the family members about Preeta. Srishti says that she doesn’t know where Preeta is but Sarla thinks that she is hiding something. Mahira calls up the police secretly and informs them that Preeta is in the Luthra house.

In tonight’s episode, Srishti calls up Sammy and informs him that the police came to her house searching for Preeta. She informs Rishabh that she thinks the video is wrong. She says Sherlyn has got a video that is morphed, when Rishabh hears this he decides to check with Sherlyn once. When he reaches the living room the doorbell rings.

Rakhi is shocked to see the police at her door from the window. Rishabh tells his entire family that they need to hide Preeta and Karan from the police. Rakhi tells Sherlyn if she plans to talk to the police then she should stay in her room. When the police arrive Rakhi overacts to stop the police by saying she is innocent. However, the police have a warrant and decide to search the house.

Rishabhi wants to know who called the police to the house. He takes Sherlyn aside and tries to ask her to show him the video proving that Preeta is guilty. Sammy and Karan are both hiding with Preeta and the truck driver in one room. The police decide to start searching with that room itself. When Sherlyn is about to show Rishabh the video, Sammy calls Rishabh for help.