In tonight's episode, Karan finds out Rishabh released Preeta. He returns home and confronts Karan for refusing to help Preeta. 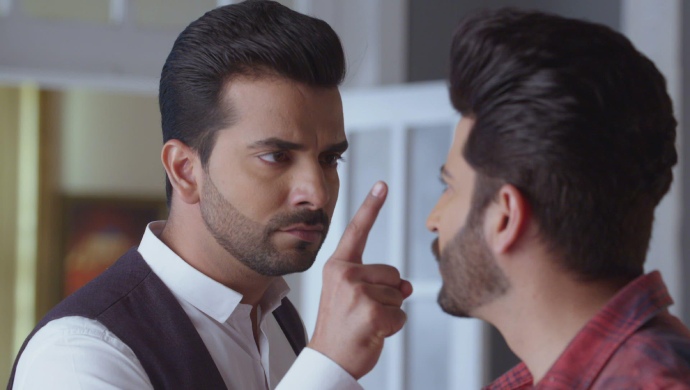 In the previous episode of Kundali Bhagya, Preeta asks Srishti why Karan didn’t come to the police station. Preeta realises that Karan ignored Srishti’s calls. Rakhi refuses to listen to Kareena or Sherlyn when they scold her for taking Sarla’s side. Karan tells Kareena that she did the right thing by refusing to help Sarla. Rishabh goes to the police station. He calls his lawyer and releases Preeta on bail and takes back the complaint Sherlyn made against Preeta.

In tonight’s episode, Karan sits and think if Preeta really tried to kill Mahira. He runs out of the hospital to get Preeta out of jail. Rishabh has already secured Preeta’s release and insists that he drops Preeta and her family back home.

When Karan reaches the police station, Preeta is already on her way home. The police inspector informs Karan that Preeta has been released and the case has been withdrawn by Rishabh. Karan is shocked to hear that Rishabh released Preeta but becomes relieved too. Rishabh drops Preeta home and finds Sammy waiting there with Daadi. Srishti thanks Sammy for calling Rishabh for help.

When Rishabh reaches home, he looks for Sherlyn. He tells Kareena and Ramona that he doesn’t think Preeta is guilty, so he released her. Rakhi is happy with this news. Rishabh then goes to Karan’s room and asks him the reason for not trusting Preeta. He says that the lawyer saw Karan trying to save Preeta. He asks Karan to listen to his inner consciousness.

Mahira calls Karan and he decides to go back to the hospital. When Preeta calls Karan he ignores her call again. Preeta asks Srishti if Karan really answered her call earlier. Srishti admits she had lied to Preeta earlier because she thought Karan was again ignoring them. Karan goes to the hospital and informs Mahira that Preeta is out of jail. How will Mahira react to this news? Find out tomorrow.