In today's episode, Preeta jumps out of the window to escape from Sherlyn's house and goes to the Luthra house. 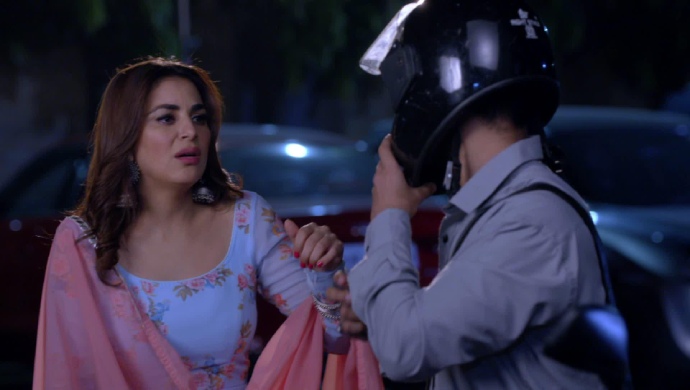 In the previous episode of Kundali Bhagya, Karan get angry at Preeta for not reaching in time to stop the wedding. He decides to do something about it himself. Along with Tanvi Srishti and Sammy, he comes up with a plan to stop the wedding. He asks Srishti and Tanvi to fight over Sammy. Sirshti and Tanvi run around during their staged fight and destroy the mandap. Meanwhile, Preeta considers escaping from the window but is scared to jump.

In tonight’s episode, Sherlyn knows that Tanvi, Srishti and Karan planned to destroy the mandap in the fake fight. She tells Prithvi that he didn’t stop Srishti and Tanvi’s fight, and he can be used better elsewhere. She asks Prithvi to check on Preeta, and see if she is still locked up. She warns him to not get too close to Preeta when he is there.

Preeta makes up her mind to jump out of the window. She makes a recording of herself screaming and asking for help. She plans to play the recording so that people don’t notice she has jumped out of the window. However, Prithvi shows up just then, wearing a mask. He tries to console Preeta and asks everyone to take care of her.

Sherlyn’s mother goes to check on her. Sherlyn tells her mother everything that she did. She mentions that she has kidnapped Sarla and Preeta. She also asks her mother to stay away from Rakhi but doesn’t mention the bomb. Sherlyn’s mother is terrified by what her daughter has become.