In the next episode, Sherlyn blames Preeta for what happened at the mandap. Prithvi says she should blame Karan instead 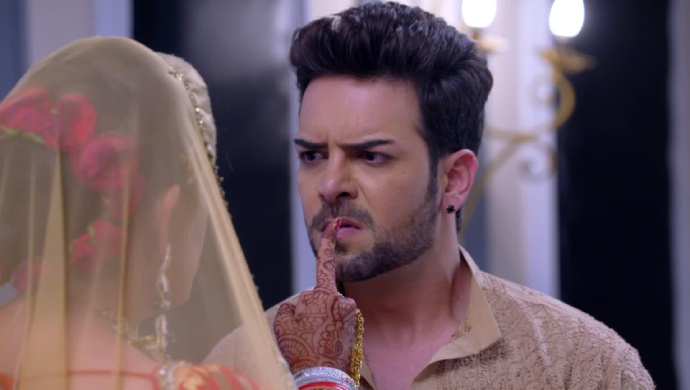 In tonight’s episode of Kundali Bhagya, Karan realizes that Preeta might be in real trouble. However, he also needs to delay the wedding first. Together with Srishti, Sammy and Prithvi, Karan decides to destory the mandap. He asks Srishti and Tanvi to fight over Sammy. Tanvi and Srishti run around causing a ruckus and destroying the mandap. Meanwhile, Sherlyn warns Prithvi to forget about marrying Preeta or he won’t get any money she makes being a Luthra bahu.

In the next episode, Sherlyn blames Preeta for the mandap falling down. Prithvi tells her that it is Karan’s fault and not Preeta’s. Sherlyn gets angry and asks Prithvi if he still loves Preeta only. Preeta meanwhile, is considering jumping out of a window to go and save Sarla and Rakhi aunty. Will she succeed in saving her mother as well as Karan’s mother? Stay tuned to find out.

This Video Of Kumkum Bhagya's Pragya Doing A Crazy Dance Is Entertainment At Its Best!