In tonight's episode, Mahira informs Sherlyn that Preeta is out of jail. Sherlyn plans a way to get Preeta back in jail. 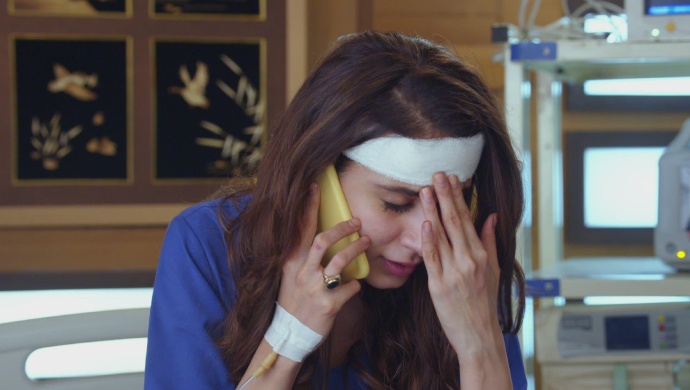 In the previous episode of Kundali Bhagya, Karan is thinking if Preeta really tried to kill Mahira. He realises that Preeta would never do such a thing and decides to rescue her from jail. When Karan reaches there, the police inform him that Rishabh already released Preeta and took her home. Rishabh goes home and scolds everyone for not helping Preeta. He then goes to Karan’s room and tells him that the lawyer saw him reach the police station late. He suggests Karan to avoid  listening to others and follow his heart. Karan goes to the hospital to be with Mahira and informs her that Preeta is out of jail.

In tonight’s episode, Peeta asks Srishti if Karan answered her call. Srishti admits that she had lied to Preeta because she was too scared. Preeta is convinced that Karan was busy and that’s why he didn’t talk to Srishti. She tells Srishti that she thinks Karan will believe her when he hears her side of the story.

Karan tells Mahira that Preeta is released on bail and he goes to find her doctor. Mahira calls up Sherlyn and gives her the news. Sherlyn is shocked to hear that Preeta is out of jail. Karan returns to the room and asks the reason behind her anger. Mahira says that her mother’s birthday is the very next day and she cannot plan anything from the hospital.

Rakhi tells Rishabh that she wants to go to Preeta’s house but is scared of Ramona and Kareena. Rishabh decides to accompany Rakhi to Preeta’s house. Sherlyn looks for evidence which can prove Preeta is guilty. She realises that she has the video of the accident and calls up someone to edit the video and make Preeta look guilty.

Kareena decides to have a big party to celebrate Ramona’s birthday and wants to include Rakhi to plan it. Rakhi reaches the Arora house, with Rishabh. She apologises to her for everything that happened. She approaches Sarla and asks for forgiveness. Will The Aroras and The Luthras become friends again? Find out next week.