Karan sees Preeta talking to Mehul, his coach's son, at the party and gets jealous. 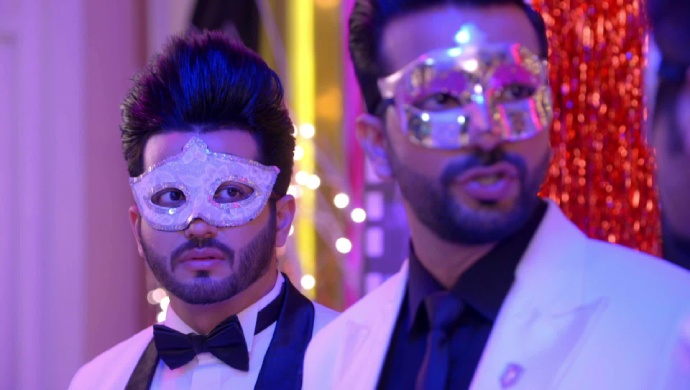 In the previous episode of Kundali Bhagya, Salra auntry tries calling someone from the Luthra house. But all their phones are kept aside for the bachelor party. At the bachelor party, Karan notices Sherlyn and Prithvi missing from the party. He tells Srishti that he thinks Prithvi and Sherlyn are dating each other. Srishti tells him to use the truth injection on Sherlyn to find out the truth from here.

In tonight’s episode, Preeta is standing by herself when Mehul notices her. He asks Rishabh what Preta does. Then he walks up to Preeta and speaks to Preeta about joining his fathers team as a physiotherapist. Preeta tries to avoid the topic. Mehul then tries to flirt with Preeta, who is initially hesitant.

However when she sees Karan standing nearby she decides to teach him a lesson. She begins laughing and joking with Mehul to make Karan jealous. Rishabh who is watching her talk to Mehul is getting jealous too. Karan realizes that Preeta is doing this because of the way he was teasing her.

Srishti takes Karan away and asks him to give her money to buy the injection to use on Sherlyn. She also asks Karan why did he call Preeta his girlfriend? Karan gives her the money and avoids the question. He returns back to the party to keep an eye on Preeta.

Meanwhile, Prithvi is searching for Sarla Aunty. He doesn’t find her anywhere. just then he sees Sarla Aunty passing by in an auto in front of him. He calls up his goons and asks them to stop Sarla aunty’s auto by giving her rickshaw number to them. He asks them to just stop Sarla and not hurt her or kill her.

Srishti decides to take Sameer with her to buy the truth injection. However she sees him laughing and talking to Tanvi. She gets angry with Sameer and gets into an argument with Tanvi. Sameer takes her away to calm her down.

When Karan returns to the party he notices Preeta and Mehul are missing. Unknown to Preeta, Mehul is following her. What is Mehul’s plan? Stay tuned to find out.