In tonight's episode, Mahira comes up with a plan to make everyone in the house unconscious and helps the truck driver to escape. 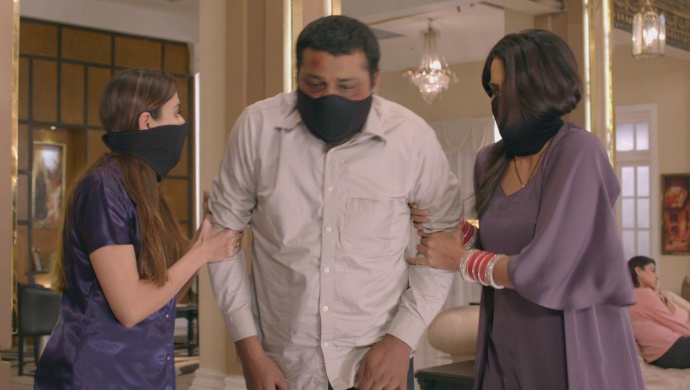 In the previous episode of Kundali Bhagya, Karan and Preeta hide on the terrace while Rishabh delays the police in Daadi’s room. The police are about to leave when they see Sammy entering through the window. Sammy pretends to be walking in his sleep to avoid the police’s questions. The police then decide to check the terrace too. Preeta and Karan are hiding in the water tank and almost manage to fool the police. However, the inspector asks the havaldar to check the water tank as well. Karan and Preeta go underwater and hold their breath till the police leave the terrace. Sherlyn and Mahira feel like everything is going against them.

In tonight’s episode, Sherlyn and Mahira decide to come up with a plan to stop the Luthras from questioning the truck driver. Mahira plans to use the truck driver against Preeta. They go to the living room and find Srishti at the Luthra house. Srishti hugs Preeta and says that she only wants to help her.

Preeta and Sherlyn decide to rest in the living room where the truck driver is tied up and kept. Rishabh takes Karan to his room and discusses what Srishti told him. He says that since everyone believes Preeta is innocent how she ended up in the video. Kareena tells Karan and Preeta that she doesn’t think they should be saving Preeta.

Here’s A New #Mentalhood Dare For All You Fabulous Moms…

Happy Birthday Sriti Jha! A Personal Ode To The Woman Behind The Most Popular TV…