In tonight's episode, Karan finds the right video and uses Srishti as a witness in court to prove that Preeta did not try to kill Mahira. 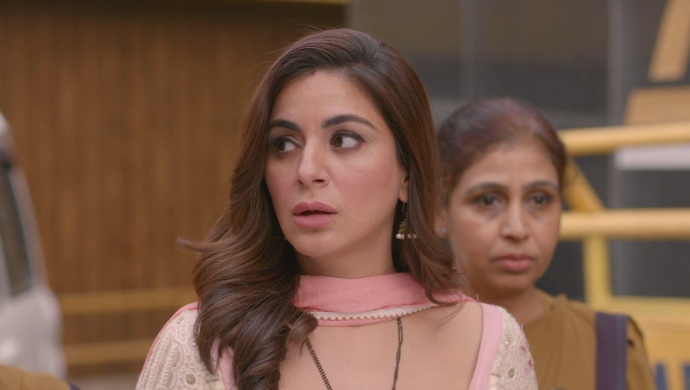 Preeta says that the Luthras didn’t know Preeta was hiding in their house. When Preeta is arrested, Rishabh asks Sherlyn to show him the video. Sherlyn tries to make him trust her without showing the video but Rishabh refuses to accept her answer. Sherlyn tells Rishabh that she will see him in court. Srishti also goes home and tells them that the truck driver admitted his crimes and will be punished in the court.

Karan reaches court with Rishabh and Rakhi where he meets Preeta’s family. Karan feels like Sarla is still angry at him. When Preeta reaches with the police, Karan and Sarla both tell her that everything will be alright now. In court Preeta’s lawyer gives the new evidence in court. He even calls the police inspector who tells the court that Preeta is innocent and the truck driver was paid to kill Preeta.

The lawyer then calls Srishti as a witness. She tells the court that the video shown to the court is fake and shows the judge the real video. However, the video doesn’t show Preeta pushing Mahira in front of the truck. When the judge declares Preeta innocent. Karan tells Rishabh that Sherlyn had tampered with the video. How will Rishabh react to this news? Find out in the next episode.

Why Do All Men Cheat? Here’s How The Latest ZEE5 Original Shukranu Tackles…

Here’s A New #Mentalhood Dare For All You Fabulous Moms…

Happy Birthday Sriti Jha! A Personal Ode To The Woman Behind The Most Popular TV…