In the upcoming episode, Rishabh asks Karan if he should cancel his marriage to Sherlyn and marry Preeta. 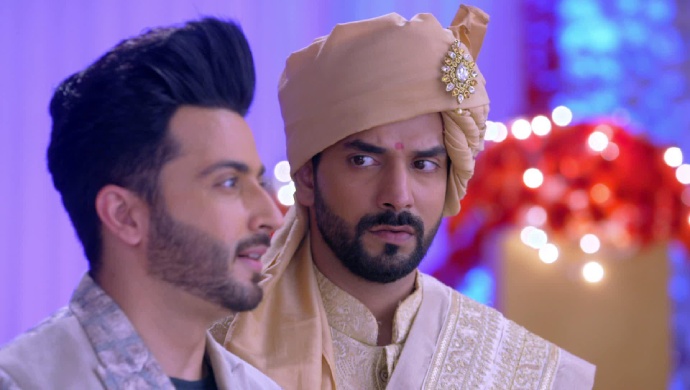 In tonight’s episode of Kundali Bhagya, Sherlyn sends Prithvi to check if Preeta is still captured or not. Preeta meanwhile has planned to jump out of the window and escape. Prithvi wears a mask and sees Preeta crying. He locks her and confirms that Preeta is kidnapped by Sherlyn. Preeta then jumps out of the window and escapes. She decides to save Rakhi aunty first and then save her own mother. Meanwhile, Sherlyn is nervous that the wedding won’t happen and all her crimes will come forward.

Catch a sneak-peek of what happens next week here.

Next week, Prithvi is happy to see the mandap being fixed so quickly.He is happy that the wedding is back on track. Karan tries convincing Rishabh to call off the wedding. Rishabh looks at Karan and asks if he should call off the wedding and get married to Preeta? Meanwhile, Preeta reaches the Luthra house and finds out that Sherlyn’s men are looking out for her. Stay tuned to find out what happens next at Rishabh and Sherlyn’s wedding.