In the next episode, Karan asks Preeta why he is unable to get angry at her anymore. Preeta tries to make Karan realise that they are in love. 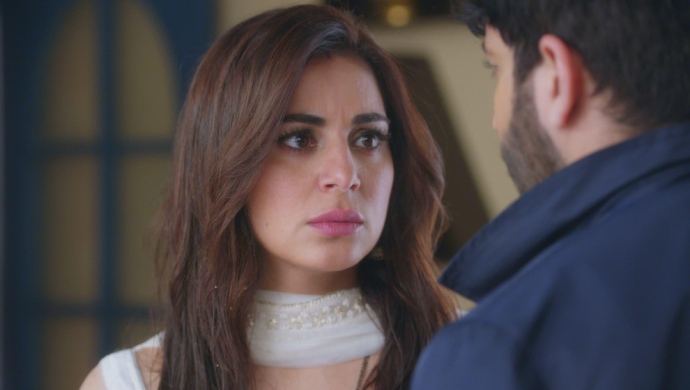 In tonight’s episode of Kundali Bhagya, Rakhi promises Sarla that she will not face any more problems from the Luthras. The next morning, Kareena announces a party for Mahira’s mother, Ramona. Karan says he is going to the training ground. He sees Preeta is not in the office and goes to her house. Sherlyn takes the edited video to the police and proves that Preeta tried to kill Mahira.

Karan tries to confront Preeta at her house but he finds himself getting attracted to her. Karan plays a prank on Preeta to make her wet under the shower, but he gets wet too. Karan and Preeta share and intimate moment before she feels shy and goes away. Karan tries to follow her but slips. Preeta takes care of Karan’s wound and says she is doing it because Karan is her husband.

In the next episode, Karan asks Preeta why she cares about him so much. Preeta replies that she cares about everyone and begins to walk away. Karan stops her by holding her hands. He says that he wants to know the answers from her. He wants to know why he is not angry at her. Preeta tells Karan that he needs to ask himself that question. Will Karan realise that he is in love with Preeta? Find out tomorrow.

#MancrushMonday: 5 Pictures Of Arjun Bijlani That Prove Once A Charmer, Always A…

Karan Wahi To Host Game On: All You Need To Know About The Television Hottie,…