Mehul follows Preeta and tries to molest her. Meanwhile, Karan is looking for Preeta. 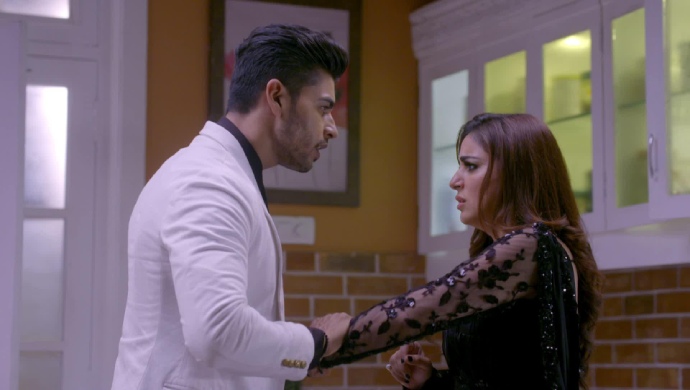 In tonight’s episode of Kundali Bhagya, Karan and Rishabh get jealous when Preeta is talking to Mihir. Meanwhile, Pirthvi calls up goons to stop Sarla aunty to reach the Luthra house. Srishti tries to get the truth injection with Sammy. However, she finds him with Tanvi and gets jealous. Later, Karan and Rishabh find Preeta and Mihir missing.

In tonight’s episode, Sarla aunty tries to get to the Luthra’s house. However she is stopped in the way. Prithvi’s goons stop her by putting nails on the road which Sarla Aunty is passing by. Her rickshaw is forced to stop in the way and Sarla goes walking. Prithvi gets a call informing him that Sarla is walking to the Luthra’s.

Sherlyn finds out from Prithvi that Sarla aunty is still on her way. She asks him to make sure that Sarla won’t reach the house. Till then Sherlyn and Prithvi try to convince everyone at the party that they were there for a long time and no one notices them.

Sherlyn’s mother tries to figure out what Sherlyn was busy doing. Sherlyn asks her to stop asking unnecessary questions. She also asks her mother to help everyone at the party believe that Sherlyn and Prithvi were there for a while.

Srishti is still angry at Sammy. However, she tells him that the truth injection is for Sherlyn and not for him. Later they enter into an argument again. After this, Srishti decides to drive the car while Sammy is sitting in the passenger seat.

Preeta is drinking water in the kitchen, when Mehul creeps up behind her. He tries to force himself on her. Karan shows up at the right time and pushes Mehul away. Rishabh comes there too and together they make Mehul apologise to Preeta. Then they drag him out of the house. How will Mehul react to this incident? Stay tuned to find out.