Kundali Bhagya 29 January 2020 Written Update: Karan Promises To Get Preeta Out Of Jail

In tonight's episode, Karan promises to get Preeta out of jail before deciding to confront Sherlyn and find the evidence she gave the police. 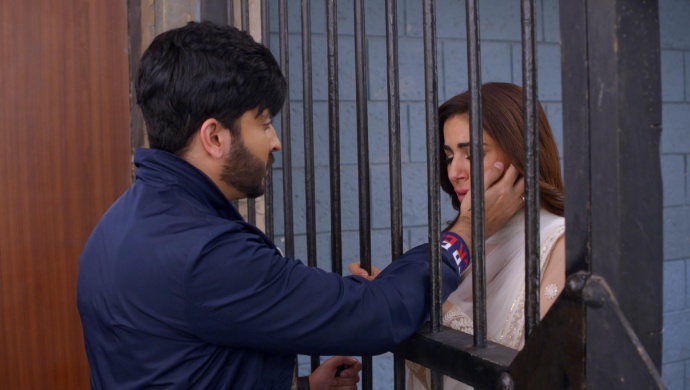 In the previous episode of Kundali Bhagya, Rishabh tells Sherlyn to stop messing up Preeta’s life or their marriage will face problems. Karan is with Preeta’s family to celebrate her release from prison. Just then, the police show up and arrest Preeta again. Mahira calls up Karan and finds out he is with Preeta. Sherlyn convinces her that it is a good sign because Karan will find out Preeta is guilty. Karan takes Preeta’s family to the police station.

In tonight’s episode, The Luthras are preparing for Ramona’s birthday party. Mahira is going around being nice to everyone. She even helps Kareena and Rakhi become friends and end their differences. Rishabh is confused because Mahira seems mature and responsible, but then she accused Preeta of a crime she didn’t commit. Sherlyn realises Rishabh’s confusion and is happy about it.

He tells Preeta to not bother whether he believes her or not. He promises to release Preeta from jail not just on bail but with a clean chit. Karan says he is doing this only because Preeta saved his Daadi and he is returning the favour. When he leaves the police station, Karan tries to call Rishabh but the latter is on a business call. He calls Sherlyn and she asks him to come home if he wants to speak to her.

Sherlyn is hoping that Karan will come home and create a scene. Daadi also tells Sherlyn to not get angry at Rishabh because everyone at home thinks she is right. Sarla goes to an expensive lawyer and he promises to get Preeta out of jail taking only half his usual fees. Karan reaches the Luthra house to find the video Sherlyn gave the police. Will Karan be able to save Preeta? Find out tomorrow.