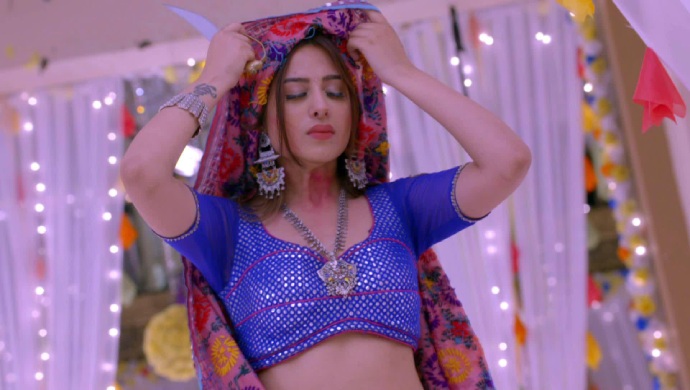 In tonight’s episode of Kundali Bhagya, Rishabh keeps Prithvi away from Preeta. Rakhi meanwhile is the center of attention after drinking bhaang at the Holi party. The murderer, Monisha, throws a knife aimed for Rishabh during the Banjara dance. Will Monisha get away with this attack?

In the next episode, Monisha is looking for another way to target Rishabh and Preeta after her first plan to throwing a knife at him during the dance performance fails. She tries to poison a glass of thandai and sneak it into Rishabh or Preeta’s hands.

Meanwhile, Rakhi is roaming around the house alone in a drunk state after having too much bhaang. She notices Monisha in her kitchen and instantly recognizes her. How will Monisha react once she is recognized in the house? Stay tuned to find out.