Prithvi tells Sarla that Srishti had an accident to send her out of the Luthra house. 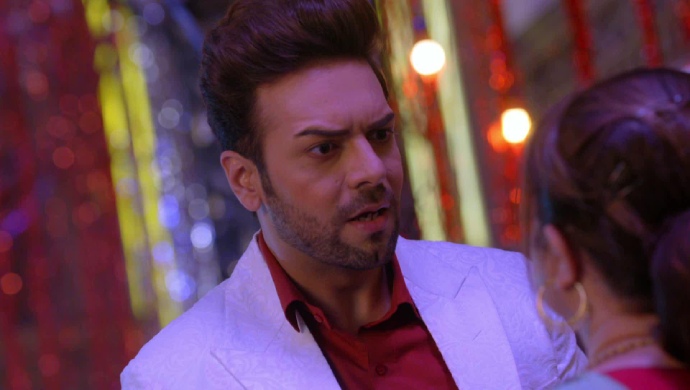 In the previous episode of Kundali Bhagya, Karan sees Prithvi at the party. He asks him why he was missing at the party earlier. Karan decides to use the truth injection on Sherlyn but he finds out Srishti had an accident and that’s why the injection will be delayed. Prithvi and Sherlyn find lookalikes at the party itself to take their place. Prithvi is about to tell them his plan, but Sarla aunty enters the Luthra house at that moment.

In tonight’s episode, Prithvi gets a call telling him Sarla aunty is in the Luthra house. Sherlyn panics thinking she will have to go to jail. Prithvi calms her down and comes up with a plan. He tells his man to wait from Sarla outside the Luthra house. He tells him that a van will show up in the next 5 minutes. When Sarla leaves the house they ned to put her in the van and take her away.

Sherlyn then asks Prithvi to explain his plan with the lookalikes. Prithvi tells her that these people will take their place at the party. So Sherlyn and Prithvi can go and deal with Sarla aunty without anyone thinking they are missing from the party.

Meanwhile, Sarla is looking for Rishabh in the Luthra house. She finds him and tells him to call all the family members. Rishabh is worried when he sees Sarla aunty crying. He tries to console her, but Sarla says she need to find Srishti and Preeta first. She asks him to meet her with the rest of the family.

Prithvi finds Sarla aunty and tells her that Srishti had an accident. Sarla gets worried about Srishti and leaves the house to look for her daughter. When she reaches the gate one of Prithvi’s goons takes Sarla aunty away saying that he is taking her to Srishti. Will Sarla aunty find out that she is being kidnapped? Stay tuned to find out.

Kundali Bhagya 6 May 2019 Preview: Sarla Gets Kidnapped By Prithvi Again