Prithvi delays Sarla from talking to the Luthra's by telling her that Srishti had an accident. 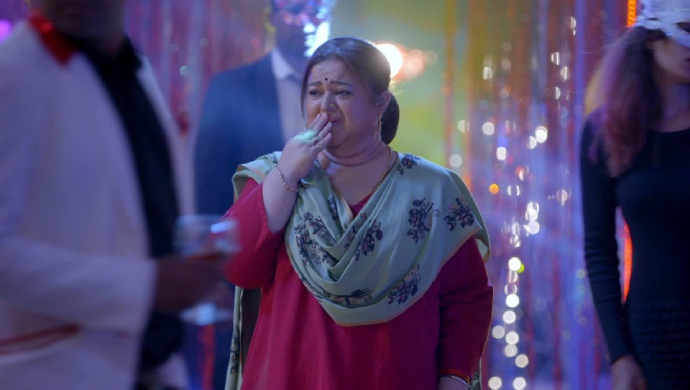 In tonight’s episode of Kundali Bhagya, Karan sees Prithvi and the party and questions him about Sherlyn’s absence. Rishabh steps in and tells Karan that Sherlyn is at the party. Prithvi later finds out that Srishti was in an accident when he overhears Karan talking on the phone. Prithvi finds two people who look like Sherlyn and him to take their place at the party. However, just then Sarla aunty also reaches the party.

In the next episode, Prithvi is the first one Sarla aunty finds. She asks Prithvi if he has seen Preeta or Srishti anywhere. Prithvi tells Sarla that Srishti was in an accident. Sarla gets scared when she hears this and decides to go looking for Srishti.

Sarla doesn’t doubt Prithvi’s intentions which Prithvi uses to his advantage and delays Sarla for a while. Will Prithvi succeed in his plan? Stay Tuned to  find out.

EXCLUSIVE! Aahana Kumra: I Have Promised Myself That I Don't Want To Repeat Characters