In the next episode, Karan starts a fire and tries to escape from there but brushes past Preeta on his way out. 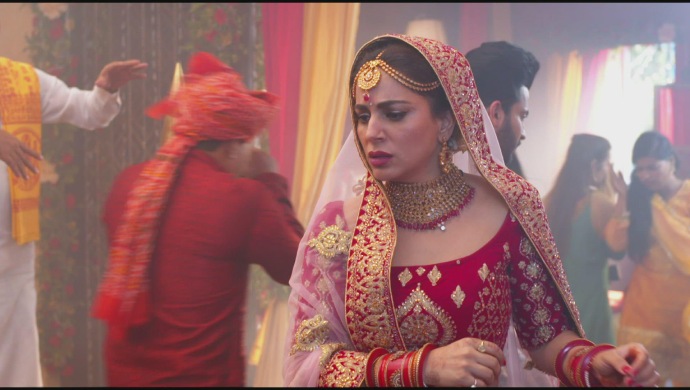 In tonight’s episode of Kundali Bhagya, Karan accepts Prithvi’s challenge to stop the wedding. Preeta tells Sarita how happy she is with Prithvi for calling off the wedding. Karan overhears Preeta saying she is happy with Prithvi and gets even more angry. He tells Rishabh that he is going to start a fire at the wedding. Rishabh decides to call and ambulance and fire brigade because he cannot stop Karan. He then decides to pay Sarla for the damages by booking her room for 4 days and paying her in advance. Sarla gets a heart-attack as per Prithvi’s plan. However, Sherlyn finds out Prithvi is marrying Preeta and she goes to his before knocking him unconscious.

In the next episode, Karan runs down the stairs while everyone is running helter-skelter because of the fire. Preeta is standing confused while Karan tries to escape. Karan’s hand brushes past Preeta and she is shocked for a minute because she feels it is Karan. Even Karan stops but doesn’t turn back. Preeta, however, turns back and looks shocked. Will she find out that Karan tried to stop her wedding? Stay tuned to find out.

Sonu Sood On Not Just Supper Stars: I Wanted To Play Cricket For India

Watch the ZEE5 and Alt Balaji Original 'Broken But Beautiful 2' with Vikrant Massey and Harleen Sethi, streaming on ZEE5.