In tonight's episode, Rishabh demands Sherlyn to show him the evidence which she gave the police. Sherlyn refuses and threatens to leave the house. 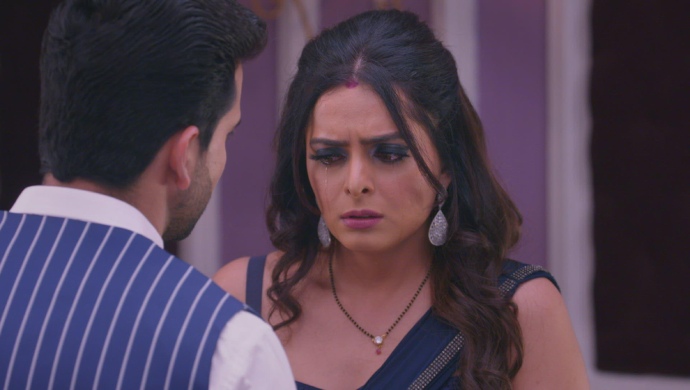 In the previous episode of Kundali Bhagya, Karan asks the police to show him the evidence. When they refuse he asks them to tell him who gave the evidence. Karan is shocked to hear that Sherlyn had a video which proves that Preeta tried to kill Karan. Karan promises Preeta that he will get her out of jail. However, he adds that he is only doing this because Preeta helped his Daadi and he wants to return the favour. Karan calls up Sherlyn to ask her about the evidence, but she asks him to come home and talk to her.

Sherlyn is confident that if Karan or anyone else see the footage they will believe it. She decides to hide it from the Karan and Rishabh because she doesn’t want them to send the video to the forensic department for authentication. While Sherlyn is trying to escape, she bumps into Rishabh. He stops her and asks about her nervousness.

Preeta tells her mother that Karan is going to help them but only as a favour. Sarla tells Preeta that she got the best lawyer who even agreed to solve the case at half price. Sarla hides about the fact that the Arora’s still don’t have enough money to afford the lawyer. Karan gets ready and is walking towards Sherlyn and Rishabh. Mahira spills chutney on Sherlyn’s dress and asks her to leave.

Karan goes to Sherlyn’s room and tries searching the video. When Sherlyn comes out of the washroom, Karan jumps out of her window and leaves. While going out he meets Rishabh and tells him that Sherlyn gave the police a video to send Preeta to jail. He also adds that Sherlyn is manipulating Mahira too. Rishabh decides to find out the truth and confront Sherlyn.

Rishabh asks Sherlyn to show him the video that she gave the police. Rishabh also refuses to believe that Preeta is guilty. Sherlyn threatens to leave the house after witnessing Rishabh’s behaviour. He agrees and demands the video from her. Sherylyn packs her bag, but then Rishabh tells her that he doesn’t need the video. Will Rishabh be able to save Sherlyn? Find out tomorrow.