In tonight's episode, Rishabh finds out that Preeta doesn't want him to marry Sherlyn and he is ready to cancel the wedding. 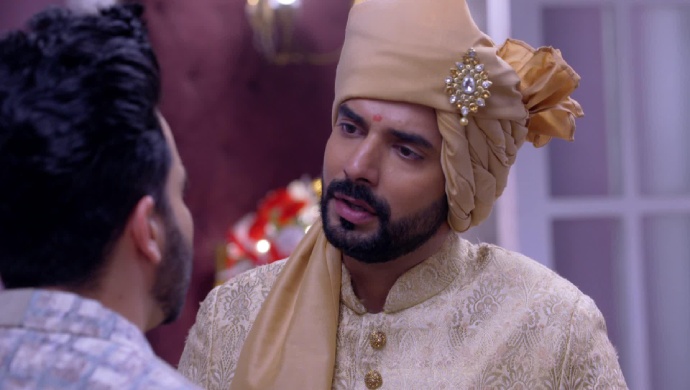 In the previous episode of Kundali Bhagya, Preeta tries to ask for help from people in the Luthra house. She tries to speak to Rakhi but Rakhi doesn’t recognise Preeta and ignores her. Karan thinks Preeta is a fan of his and takes a selfie with her before going away. Preeta goes to ask for Prithvi’s help and Karan stops her. He warns Prithvi to stay away from his fans. He later sees Preeta stealing a purse from the party.

In the next episode, Preeta manages to find a chance to get a hold of Rakhi’s purse when no one is watching. She runs out of the house to dispose the bomb. Sherlyn sees someone with Rakhi’s purse but then finds the same purse behind her. She assumes they are 2 similar purses and let’s it go.

Prithvi goes to see if Preeta is still held captive. When he gets there he finds out that Preeta has left an audio recording of her screaming for help. He tells the kidnappers that they should have checked earlier. He then leaves to look for Preeta again hoping that she didn’t ruin the wedding.

Preeta takes the purse with the bomb and throws it into a lake where it hurts nobody. She then tries to find out information about her mother on Sherlyn’s phone. Preeta realises that Sherlyn has deleted all the information. Preeta gets a call from one of the kidnappers. She pretends to be Sherlyn and gets the address from the kidnappers.

Sherlyn imagines all the ways she can ruin the Luthra family. However, Karan comes up with an idea to disturb the wedding. He throws a ball on a bowl and all the contends of the bowl end up staining Rishabh’s clothes. Karan takes Rishabh into his room to clean up. There Karan tells him that Preeta doesn’t want this marriage to happen.

Hearing that Preeta doesn’t want him to marry Sherlyn, Rishabh decides to back out from the wedding. Rakhi and Kareena hear him say this. They try to convince him to not back out but Rishabh is adamant about not going ahead with the wedding anymore. Stay tuned to find out if Rishabh really calls off the wedding.