Monisha tells Preeta about Prithvi's plan, but Preeta refuses to believe her. 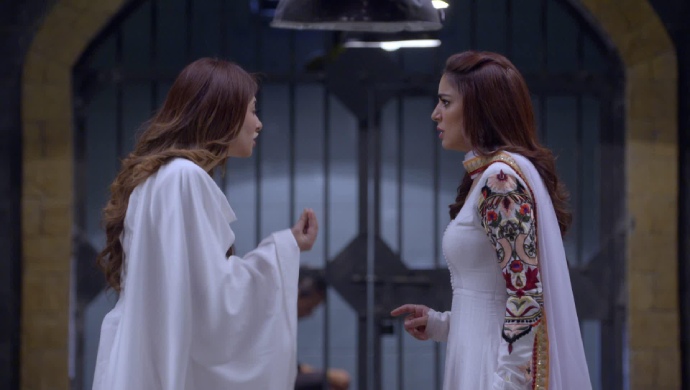 In the previous episode Kundali Bhagya, Monisha hears Sherlyn discussing about Prithvi being Ritvik’s real killer. She changes her target from Rishabh to Prithvi. Preeta and Rishabh join the police in searching for Monisha in the house. In a fit of anger, Monisha attacks Prithvi with a knife in front of everyone. Before she can attack Preeta, she is arrested.

In tonight’s episode, Preeta is attending to Prithvi’s wounds in his room. This makes Karan jealous. He looks for reasons to keep Preeta away from Prithvi. Just then, the police calls up Rishabh asking him to come to police station immediately. They need him and Preeta to register an FIR against Monisha.

When Preeta reaches the police station she sees Monisha getting arrested. She decides to speak to Monisha and understand why she is out to kill her. Monisha says that she targeted Prithvi, because he killed Ritvik. She also tells Preeta that Prithvi is the mastermind. The one pushing Sherlyn to marry Rishabh.

Preeta refuses to believe Monisha and refuses to listen to another word against Prithvi. Monisha is put in jail while Rishabh takes Preeta away to sign the FIR. Back at home, Prithvi is left alone after Preeta leaves. Only Sherlyn is left to take care of him.

Sherlyn is jealous of the way Prithvi looks at Preeta. She wishes for him to behave the same way towards her. She tries to turn him against Preeta. She reminds him when Rishabh was injured, Preeta was near him all the time. Now when Prithvi is injured, she left him all alone.

Sherlyn scolds Prithvi for not showing her enough love. She threatens to harm him if he starts having feelings for Preeta. Prithvi gets afraid of Sherlyn and tries to calm her down. He tells Sherlyn that Preeta is one part of his plan to ruin the Luthra family. Sherlyn on the other hand is his true love.Meanwhile, Karan starts thinking that Ritvik’s killer is Prithvi. After seeing Monisha attack Prithvi he decides to investigate. Will he uncover the truth? Stay tuned to find out.