In the next episode of Kundali Bhagya, Sherlyn returns to the Luthra House and then goes to meet Preeta in jail to taunt her. 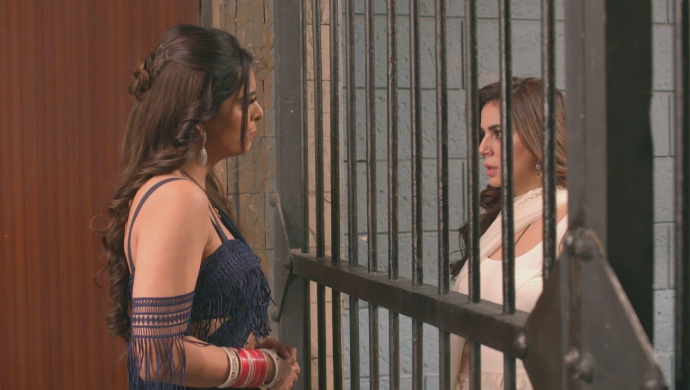 In tonight’s episode of Kundali Bhagya, Preeta tells Sarla that Karan promised to help her. However, Sarla doesn’t trust Karan anymore. She asks Srishti to call up Sammy and find out what is really on Karan’s mind. At the Luthra House, Karan refuses to let Rishabh apologise to Sherlyn. Rishabh takes Karan away from everyone before they get angry at home. Rakhi and Kareena go to Sherlyn’s house to bring her back. Sammy tells Srishti that Karan will do everything he can to get Preeta out of jail. Mahira get upset when she overhears Karan telling Sammy and Rishabh that he will save Preeta.

In the next episode, Sherlyn is back in the Luthra house and sitting in Mahesh’s room. He is in a coma but Sherlyn talks to him saying that if Karan continues to mess with her, he will end up in a coma just like his father. Sherlyn then goes to the police station and insults Preeta for being in jail. What plan does Sherlyn have in mind? Find out tomorrow.

Kundali Bhagya 3 February 2020 Written Update: Karan Tells Everyone He Will Save Preeta

9 Out Of 10 Top Movies In The Bengali Movie Market Are From Zee Bangla Cinema!