In tonight's episode, Sherlyn poisons Mahesh when he is in a coma, and plans to save his life when she returns to the Luthra House. 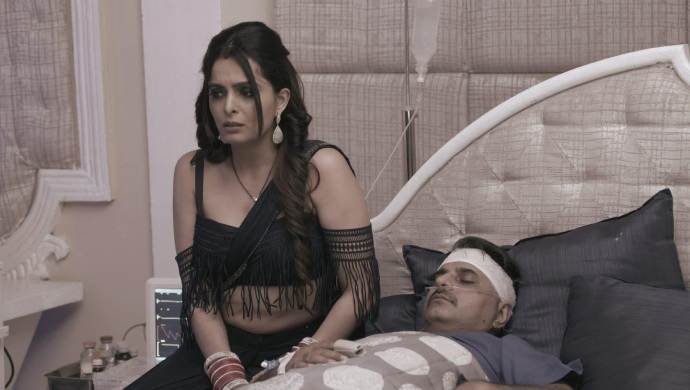 In the previous episode of Kundali Bhagya, Preeta tells Sarla that Karan promised to help her. However, Sarla doesn’t trust Karan anymore. She asks Srishti to call up Sammy and find out what is really going on in Karan’s mind. At the Luthra House, Karan refuses to let Rishabh apologise to Sherlyn. Rishabh takes Karan away from everyone before they get angry at home. Rakhi and Kareena go to Sherlyn’s house to bring her back. Sammy tells Srishti that Karan will do everything he can to get Preeta out of jail. Mahira gets upset when she overhears Karan telling Sammy and Rishabh that he will save Preeta.

In tonight’s episode, Sherlyn makes it look like she is crying and comes out of her room. She pretends to be surprised to see Rakhi and Kareena there too. They both tell Sherlyn to come back home and forget what Rishabh told her. Sherlyn says that she demands respect from Rishabh because he never speaks to her properly and always compares her with Preeta.

Sherlyn then shows them the fake video which proves that Preeta tried to kill Mahira. Rakhi and Kareena are shocked to see the video and believe Sherlyn. Sherlyn agrees to come home with them because they respect her. Mahira tells her mother, Ramona, that Karan and Rishabh are still trying to save Preeta. Ramona asks Mahira to call off the wedding but she refuses to do so.

Karan and Rishabh are discussing with a lawyer how they can get Preeta out of jail when they find out that Mahesh is having problem breathing and get worried. Karan and Rishabh run to Mahesh’s room to check on him and call the doctor. Sherlyn is happy because she had poisoned Mahesh before leaving the house so that she could return in a few hours and win everyone on her side.

Sherlyn says that the doctor had given her an antidote for Mahesh. She injects the antidote in Mahesh’s system and saves him. Kareena and Rakhi are happy to see Sherlyn save Mahesh’s life, since he is already in a coma. Sherlyn decides to start Ramona’s birthday celebration with a new cake. She goes out to buy a cake but plans to meet Preeta. What will Sherlyn tell Preeta in jail? Find out in tomorrow’s episode.

Are You Single? Here Are Lucky Colours For Your Zodiac Sign This Valentine's Day