In tonight's episode, Kareena steals Karan's protein shake and then asks Mahira to go and give it to Karan after he is done with his practice. 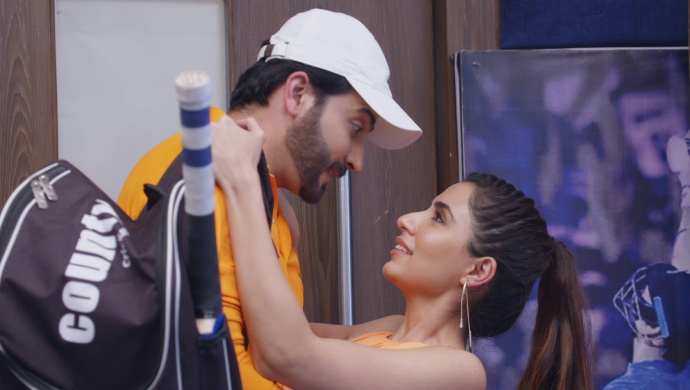 In the previous episode of Kundali Bhagya, Karan goes home for dinner and they ask him to consider marrying someone else. However, Karan gets upset and says his revenge on Preeta is not complete. Mahira is convinced that Preeta and Karan are not in love with each other. Rishabh and Rakhi try to talk to Karan adn ask him to either marry Preeta or divorce her. Karan refuses to even discuss about Preeta. While Rakhi is in Karan’s room, Sherlyn steals the property papers from the Luthra house and goes to Prithvi.

Preeta says she is going to divorce Karan and get him out of her life. Karan decides to not divorce Preeta to stop Prithvi from marrying her and freeing her from the Luthra family. The next morning Karan is leaving for work when Kareena steals the bottle of protein shake from is bag. She gives it to Mahira and asks her to give it to Karan later.

Sherlyn notices this and compliments Kareena for trying to get Karan and Mahira together. In the locker room. the team captain says he dressed up well to impress Preeta. Karan gets angry and threatens to leave the game if the captain, Shiv, continues to try and woo Preeta. Mahira enters the room to give Karan his protein shake.

As it turns out, Mahira also is a friend of the captain Shiv, and it surprises Karan. They are about to leave the room when Mahira twists her ankles in her heels and Karan holds her. Karan goes to Preeta’s room to get ointment for Mahira. Sherlyn too is on her way to the cricket ground to help Mahira woo Karan.

Preeta finds out that Mahira is injured and goes to treat her. Mahira is surprised seeing Preeta work with Karan. Mahira also feels bad for trying to take Karan away from Preeta. Karan is still in Preeta’s room and he sees Prithvi calling her on her phone. Will Karan speak to Prithvi? Stay tuned to find out.