Karan catches Prithvi and Sherlyn hugging. He decides to confront them. 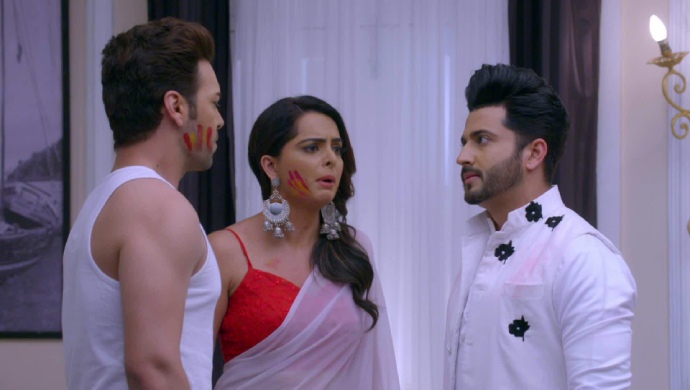 In the previous episode of Kundali Bhagya, Preeta goes to the police station to file an FIR against Monisha. There she meets Monisha who is getting arrested. Monisha tells Preeta the truth about Prithvi and all his plans. Preeta refuses to believe Monisha. Meanwhile, Karan begins to doubt Prithvi’s intentions after Monisha attacks him.

In tonight’s episode, Prithvi tries to console Sherlyn. he tries telling her that if she doesn’t trust him then maybe they should not be together. He even threatens to cancel the entire plan of revenge on Rishabh. Sherlyn panics on hearing this. She goes and hugs Prithvi asking him to forgive her for doubting him.

Just then Karan walks into the room and sees them hugging. Prithvi notices Karan standing at the door and moves away from Sherlyn. He tries to pretend that Sherlyn slipped and fell in his arms. Karan who was looking for some proof that Prithvi was involved in something fishy, gets the proof he wants.

The rest of the family is convinced that Prithvi saved Preeta’s life. While Preeta’s mother is making tea with Rakhi they discuss about Prithvi’s bravery. They are both happy that Preeta is marrying a noble man like him. Hearing praises of Prithvi, Shrishti gets annoyed. She suggests that Monisha was really attacking Prithvi first and not Preeta. Everyone goes against her and her mother scolds her for saying such a thing.

Meanwhile, Prithvi is awaiting Preeta’s return so she can take care of him. He gets Sherlyn’s call asking him to leave from there and tries to put her off. Preeta is on the way  back from jail. She is still thinking about Monisha’s words. Rishabh tells her to not think too much about what Monisha says, because she is insane. Will Karan discover the truth that Monisha was telling Preeta? Stay tuned to find out.