Kundali Bhagya 6 January 2020 Preview: Karan And Preeta Are Caught By The Robbers?

In the next episode, Preeta and Karan go to the wedding hall to save the guests but one of the robbers notices them hiding. 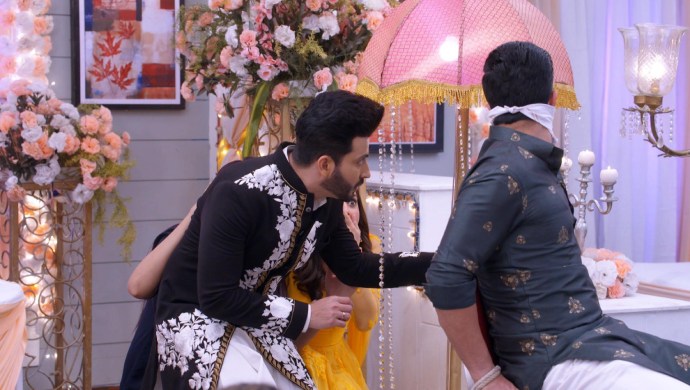 In the latest episode of Kundali Bhagya, Prithvi is trying to escape but he finds a mask of one of the robbers. He puts on the mask to hide from Karan and runs away. Preeta wants to go in and help Karan but she remembers her promise and stays outside. Karan brings Srishti outside and asks Preeta to call him ‘cute and handsome’ if she wants to help him. Preeta reluctantly agrees to do that. In the meanwhile two robbers break into Mahira’s room where they take Rakhi and Daadi as well. The leader of the gang goes to check another room but Preeta locks the door from outside. Prithvi enters the wedding hall as the gang leader and focuses his attention on hurting Rishabh.

In the next episode, Karan and Preeta return to the wedding hall. They hide behind Rishabh’s chair while all the people in the hall are dancing in front of them. One of the kidnappers notice something moving behind and decides to check. Rakhi and Sammy both notice the robber going towards Karan and Preeta. Will they stop the robber? Stay tuned to find out.