In tonight's episode, Preeta and Karan sneak into the hall while the robbers are busy dancing, they sneak Rishabh away. 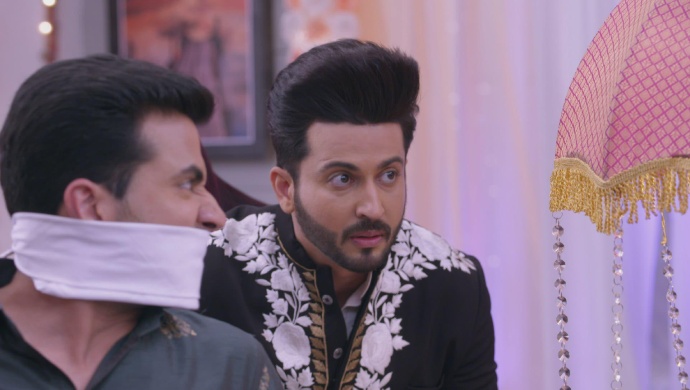 In the previous episode of Kundali Bhagya, Prithvi is trying to escape but he finds a mask of one of the robbers. He puts on the mask to hide from Karan and runs away. Preeta wants to go in and help Karan but she remembers her promise and stays outside. Karan brings Srishti outside and asks Preeta to praise him. Preeta reluctantly obliges and Karan allows her to help him. In the meanwhile two robbers break into Mahira’s room where they take Rakhi and Daadi as well. The leader of the gang goes to check another room but Preeta locks the door from outside. Prithvi enters the wedding hall as the gang leader and focuses his attention on hurting Rishabh.

In tonight’s episode, Prithvi wears the mask and uses this chance to hurt Rishabh. Rishabh wonders why the leader of robbers is targeting him? Sherlyn asks the leader to stop. She tells him that she is Rishabh’s wife and Prithvi tries to make Sherlyn more of a hero. He puts a knife on Rishabh’s neck and threatens to kill him if Sherlyn doesn’t apologise.

Sherlyn refuses to apologise initially but then the Luthra family forces her to do so. Even the robbers begin doubting if Prithvi is their real boss. Prithvi tells them to continue robbing the people. They say he is the boss and he needs to rob really rich people which includes Mahira, Daadi and Rakhi. Prithvi tells them that there’s no such rule and asks them to rob everyone who is left.

The leader of the gang realises he is locked in the room and tries to call for help. Prithvi hears his call and decides to play loud music so no one can hear him. Prithvi asks the goons to dance at the party. Preeta and Karan break into the hall and sneak Rishabh away. They find out that the gang leader is locked in another room while there is a fake robber downstairs pretending to be the boss.

Karan and Preeta argue about how to deal with the situation. While Preeta wants to talk to the fake robber and make him take all the robbers away. Karan decides to beat up the robbers and get them arrested. They both set out to make sure their plan works. Prithvi tells the robbers that he freed Rishabh and asks them to leave Sammy alone. The robbers wonder how their boss knows Sammy’s name? Will they find out Prithvi’s truth? Stay tuned to find out.

5 Major Twists We’d Like To See On Kumkum Bhagya, Kundali Bhagya And Other…

Kumkum Bhagya 7 January 2020 Preview: Prachi Finds Our Everyone Has Seen Her MMS Clip