In tonight's episode, Sherlyn taunts Karan saying Preeta was supposed to expose her but she didn't even show up for the wedding. 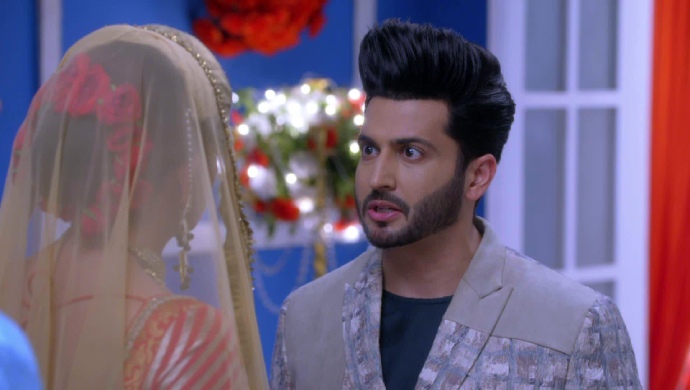 In the previous episode of Kundali Bhagya, Rishabh completes the marriage ceremonies with Sherlyn. Karan is upset that Sherlyn is now part of the family. Meanwhile, Rakhi is happy to be Sherlyn’s mother-in-law. Sarla takes Preeta to the hospital where the doctor tells her that Preeta might not survive. Preeta tells her mother to stop the wedding while she is in the hospital.

In tonight’s episode, Sherlyn and Rishabh complete the ring ceremony. Rishabh finds the ring thrice while Sherlyn gets the ring once. Once the ceremony is complete, Sherlyn gets a call on her mother’s phone from the kidnapper. She finds out that Sarla and Preeta have escaped and are at City Hospital.

Sherlyn rushes away to look for Prithvi while Karan notices fear on her face. Sherlyn tells Prithvi that Preeta and her mother have escaped. Sherlyn also mentions that she ordered the kidnapper to kill Sarla and Preeta at the hospital itself. Karan breaks into the room and sees Sherlyn and Prithvi together.

Sarla finds out, from the doctor, that Preeta needs AB+ blood urgently to survive. Sarla doesn’t have AB+ blood. She calls up Srishti and says that she needs to come to the hospital. Srishti hears her mother crying and decides to rush out of the party. Sarla sits down after making a call but ends up fainting.

Karan tells Sherlyn that he knew something is going on between Prithvi and her. Prithvi again makes up and excuse to avoid questions. Karan asks Prithvi to shut up and tells Sherlyn to tell the truth herself. Sherlyn tells Karan that he will never be able to expose her. She then accuses him of using Preeta to get to her.

She says that Preeta was also supposed to expose her but Preeta didn’t even show up the wedding. She begins planting doubts in Karan’s mind about Preeta. She then asks Karan to leave her alone or she will tell everyone he tried to misbehave with her. Will Karan believe Sherlyn and lose his trust on Preeta? Stay tuned to find out.