In tonight's episode, Rishabh decides to tell Preeta his feelings for her and hopes to stop her getting married to Prithvi. 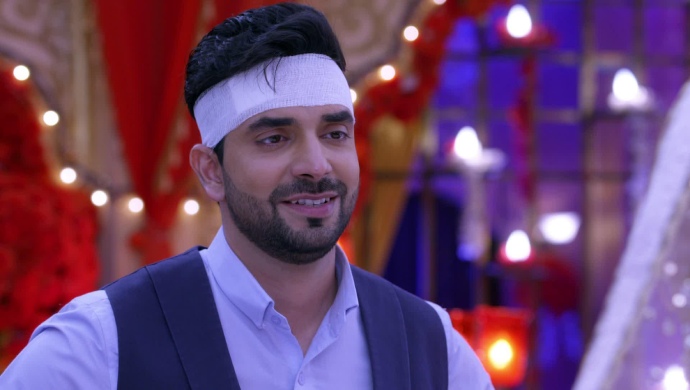 In the previous episode of Kundali Bhagya, Karan asks Preeta to take his side and not support Prithvi. Preeta tells Karan that Prithvi is more important to her since he is going to be her husband. Preeta promises to save Prithvi, but instead Prithvi herself shows up with a witness to prove Prithvi’s innocence. Prithvi gets out of jail but notices his mother looking tense. He gets a call from Sherlyn asking him to meet her behind the police station. Sherlyn reveals that she saved Prithvi by paying the witness money.

In tonight’s episode, Sherlyn says that Prithvi’s mother also knows that he was responsible for Mahesh’s accident. She tells Prithvi that Preeta will never be accepted by the Luthras after she supported Prithvi. Sherlyn tells Prithvi that everything they had is over. She promises to be an ideal wife to Rishabh whom she is married to.

Prithvi tries to stop Sherlyn and convince her to be on his side. Sarla gives him a call and asks him to come back to the car. Prithvi goes back to the wedding hall where the pandit says if the wedding is delayed any longer it will be bad luck. Prithvi asks for few minutes to freshen up after coming out of jail.

Rishabh is on his way home and he is about to run into a drunk man in the street. He helps the drunk man cross the road safely. The man asks him why he looks sad. Rishabh tells the man that the woman he loves is marrying someone else. The drunk man asks him to express his feelings. Rishabh decides to take his advice.

Prithvi’s mother asks Sarla and Srishti to go with her and do their make-up again. Preeta is waiting at the mandap and tells her. She sees Rishabh standing there and walks towards him. Rishabh tells Preeta how much he likes her. He tells her that as much she knows she is good, he is convinced that Prithvi is a horrible man.

Preeta says she thinks Rishabh has some misunderstanding. Rishabh tells Preeta to decide whether she wants to be his friend or marry Prithvi. Preeta says her mother wants her to marry Prithvi and she can’t go against her. Rishabh leaves and vows to never see Preeta again. Will Preeta call off her wedding for Rishabh? Stay tuned to find out.