In tonight's episode, Mahira tells Sherlyn that she plans to betray Karan and later makes an excuse to avoid going to the court with him. 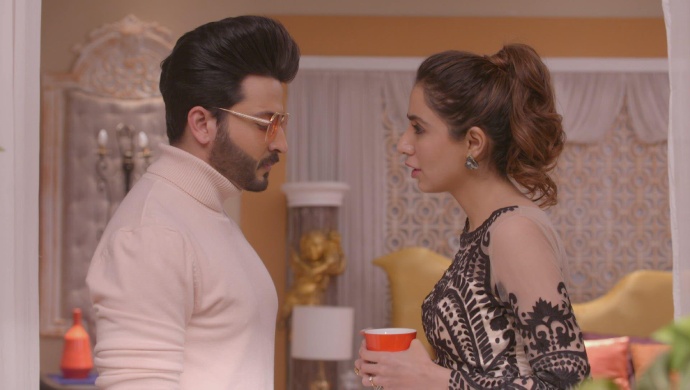 In the previous episode of Kundali Bhagya, Karan goes to Mahira’s room and asks her to take back the case against Preeta. Mahira refuses because she is worried that Preeta will take Karan away from her. Karan promises to marry Mahira if she takes back the case against Preeta. Mahira agrees to Karan’s demands but Sherlyn overhears their conversation. She demands to know why Mahira betrayed her and ruined the plan. Mahira says that everything is going according to her plan.

In tonight’s episode, Preeta is worried if Karan will support her in court or not. Karan is happy at home because he thinks he will save Preeta now. He says that the video clearly shows that Preeta did not push Mahira on purpose and he will give Preeta justice. Mahira tells Sherlyn that she made Karan promise that he will marry her.

Mahira tells Sherlyn that even though she promised to take back the complaint she doesn’t plan on doing so. However, she will also not let Karan realise any of this. Karan tells Rishabh that Mahira has agreed to take back her complaint. However, Karan hugs Rishabh and says he is sad. Karan doesn’t reveal that he has promised to marry Mahira for saving Preeta.

Sarla goes home and tells everyone that Preeta trusts Karan. She says that she is unable to trust Karan completely anymore and feels that they need to come up with a plan to help Preeta. Kritika tells Rishabh that she doesn’t think Mahira will take back the complaint against Preeta. Rishabh says that Mahira has promised them and she will not go back on her word.

When everyone is going to court, Mahira tells Karan that she has sprained her leg and has to go to the doctor first. She decides to meet Karan directly at court. Sherlyn is about to go with the Luthras but she gets a call from the lawyer she bribed. He asks her to give him the money she promised or he will go against her in court. Will Sherlyn’s plan backfire on her? Find out in the next episode.

4 Filmfare Nominated Sensational Stories You Can Watch On ZEE5