In tonight's episode, Srishti reaches the hospital and finds out everything Sherlyn did to her family from Sarla. 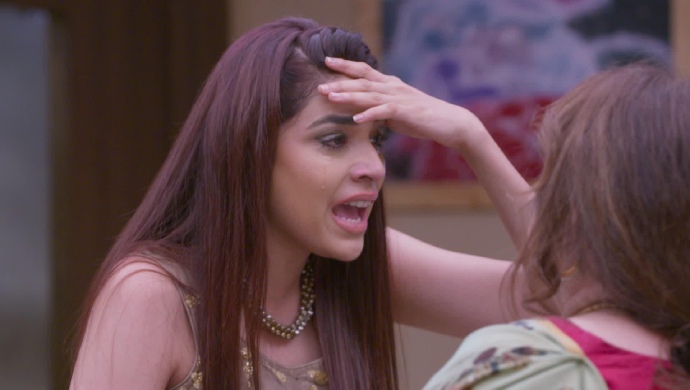 In the previous episode of Kundali Bhagya, Sherlyn and Rishabh complete the ring ceremony. Sherlyn gets a call from the kidnappers who tells her that Preeta is at a hospital. Sherlyn then meets Prithvi and decides that Preeta should be killed. Karan finds Sherlyn and Prithvi in the same room and becomes suspicious. However, Sherlyn shuts him up instead of taking his questions. Sarla finds out that Preeta needs AB+ blood. She calls Srishti to donate blood at the hospital.

In tonight’s episode, Sarla is also admitted in the hospital after fainting. The doctor decides to do a blood test and give Sarla sedatives to calm her down. Sarla wakes up and demands to meet Preeta, but the doctor asks her to rest and she will wake Sarla when Preeta is awake.

Sherlyn tells Karan that he failed to stop her wedding and now it is too late. She also tells Karan that if he doesn’t leave, she will make a noise about Karan trying to misbehave with Sherlyn. Karan vows to expose Prithvi and Sherlyn before leaving. Sherlyn and Prithvi are not worried.

Karan returns to his room where he is upset and throwing things in anger. Karan tells Sammy, who is in the room with him, that Preeta allowed this wedding to happen. He tells Sammy that he checked City Hospital to see if Preeta had an accident, but they said no person named Preeta had entered the hospital.

Hearing this, Srishti is angry and decides to get revenge on Sherlyn. Sarla stops her and ask her to donate blood to Preeta first. Sherlyn, meanwhile, tells Prithvi that they have to kill Preeta and Sarla in the hospital. Will Sherlyn succeed in her plans? Stay tuned to find out.