Kundali Bhagya 7 March 2019 Written Update Of Episode: Preeta Vs Prithvi; Who Will Win?

While Preeta has a plan to trap Sherlyn, Prithvi has one to trick Rishabh. Who will win? 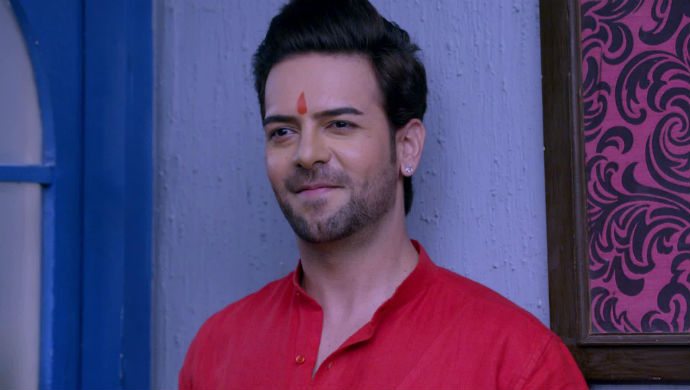 In the last episode of Kundali Bhagya, we saw Sherlyn informing Prithvi that her plan to trap Rishabh and hurry up their wedding failed. Meanwhile, Karan and Rakhi visit Preeta’s house to invite her and her family for a Mahashivratri pooja at their place. Preeta pinches Karan on the neck and he lets out a cry, covering up by saying that he has a catch in his neck. Sarla asks Preeta to have a look at it and give Karan some medicine. They go inside Preeta’s room and engage in their usual flirtatious bickering. Preeta then tells Karan that she plans to invite her gynecologist friend to the pooja, so that she can expose Sherlyn’s pregnancy in front of everyone.

In tonight’s episode, we saw, Preeta telling Karan that she plans to mix bhaang in Sherlyn’s drink during the Mahashivratri. That way, when Sherlyn gets high, they can get her tested and her pregnancy can be exposed. Meanwhile, Sherlyn and Prithvi meet and she informs him that she has to attend a Mahashivratri pooja at the Luthra house. Prithvi tells her that she should make the most of the opportunity and assures her that he will get her married to Rishabh within 15 days.

The Luthras get busy with the preparations for the pooja. Preeta and the rest get ready to leave for the Pooja when they are stopped by Prithvi who enters their house. He asks them where they are going and gives them prasad, saying that he has brought it up from a Shivji mandir. Dadi asks Prithvi to drop all of them to the Mahashivratri pooja at the Luthra house.

Sherlyn and Sanjana meet the Luthras and the latter taunts Rakhi and Rishabh for having rejected the marriage proposal. Just then, an unknown face enters the Luthra house and Rakhi introduces the girl as Tanvi, as a far off relative. Tanvi informs everyone that she will be staying at the Luthra house for a bit, since she’s in town to complete a college project. Rakhi asks Sameer to show Tanvi her guest room.

Preeta and the rest reach the Luthra house and thank Prithvi for dropping them and leave. He gets furious at them not inviting him inside the Luthra house. Rakhi steps outside and spots Prithvi near his car and invites him inside. Sherlyn spots him inside and gets happy.

Later, Srishti looks for Sameer but bumps into Sanjana who gives her a cold shoulder. Srishti asks why she is acting so rude to which Sanjana says that she’s pissed as Srishti tried to break Sherlyn’s marriage with Rishabh. The episode ends with Prithvi getting prepared to make his next move.

What does he have in mind? Stay tuned for all the updates!

Catch all the episodes of Kundali Bhagya, exclusively on ZEE5 here.

Kundali Bhagya March 8 2019 Preview: Will Preeta Figure Out Rishabh's Feelings For Her?