Prithvi and Sherlyn try to kill Sarla while she tries to escape from there. 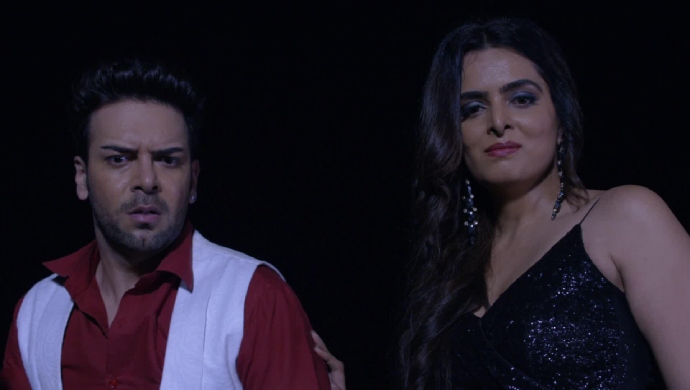 In the previous episode of Kundali Bhagya, Sarla manages to escape from Prithvi’s goon. She tries to find someone else to take her to the Luthra house. However, she finds another one of Prithvi’s men and gets kidnapped again. Prithvi and Sherlyn leave the party to meet Sarla. To stop her mother from telling the truth Sherlyn locks her mother in the toilet. Sarla manages to escape again, but while running away from the kidnappers she runs into Sherlyn and Prithvi.

In tonight’s episode, Sherlyn and Prithvi decide on what to do with Sarla who is lying unconscious in front of the car. Sherlyn decides to torture Sarla first before killing her. She gets out of the and makes Sarla wake up while Prithvi stands behind wearing a mask over his face.

Sarla wakes up and sees Sherlyn. She says that she knew this was all Sherlyn’s plan. She also tells Sherlyn that she will make sure Rishabh never gets married to her. Sherlyn threatens to kill Sarla and her daughters, too, if she continues to interfere. Sarla attacks Sherlyn and brings her to the ground when she threatens her daughter.

Karan and Rishabh are chasing after Prithvi’s lookalike. They want to question him for lying about their mom. Just when Karan is about to catch him, he hears knocking at the door. They open the door to find Sherlyn’s mom locked in the bathroom. She says someone must have locked her by mistake. She does this to protect Sherlyn who locked her in.

Preeta gets worried when she doesn’t find her mother at the party yet. She tries calling Sarla’s phone but doesn’t get any response. She calls up home and finds out Sarla is not there yet. She begins to get worried, which Karan and Rishabh notice. Rishabh tells her that Sarla aunty met him at the party. Preeta goes to meet her.

Sarla chases Prithvi to remove his mask and find out his identity. Prithvi reaches a dead end with nowhere to go. Sarla rushes towards him but Sherlyn pushes Sarla away. Sarla falls down in to the deep lake below and drowns in it. Will Sherlyn and Prithvi get away with Sarla’s murder? Stay tuned to find out out.

Kumkum Bhagya 8 May 2019 Preview: Pragya Finds A Problem At The Party

Kundali Bhagya 8 May 2019 Preview: Sherlyn Drowns Sarla In A Lake And Smiles