In the upcoming episode, Karan and Preeta's fight gets worse when Karan gets a legal notice from Preeta. Mahira begins flirting with Karan at home. 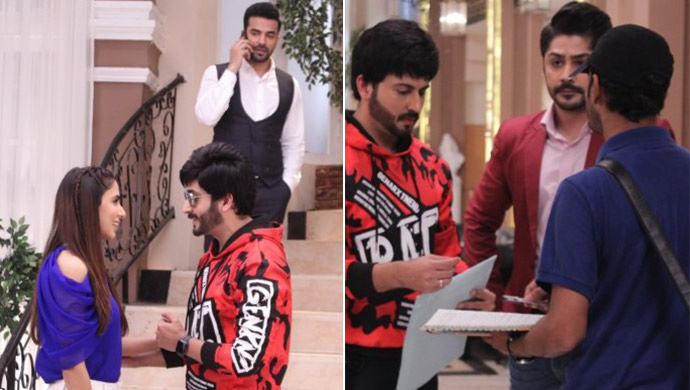 In the latest episode of Kundali Bhagya, Sherlyn catches Karan and Preeta in the locker room. She thinks they are getting back together but Karan and Preeta are actually fighting. Sherlyn goes to Prithvi’s house and tells him what she saw. Prithvi and Sherlyn come up with a plan to send Karan a legal notice in Preeta’s name. Preeta tells Mahira that Karan is not a good person. Karan carries an injured Mahira in his arms in front of Preeta’s eyes.

In tomorrow’s episode, Karan goes home where again Mahira is trying to make him fall in love with her. Rishabh also starts noticing that something is going on between Mahira and Karan. Everyone is distracted at home when Karan gets a courier from Preeta. Kareena opens it and is shocked by what she finds.

Kareena tells everyone at home that Preeta sent Karan a legal notice. In the legal notice she says Preeta has demanded an alimony of 5 lakhs per month from Karan. Rakhi and Karan are surprised by this. Kareena also mentions that Preeta wants half if the Luthra property in her name.

How will Karan react to this attack by Preeta? Will they find out that this is all Sherlyn and Prithvi’s plan? Find out this and more in the upcoming episodes of Kundali Bhagya, streaming on ZEE5.

5 Facts About Love, Sleep, Repeat Star Anshuman Malhotra You Ought To Know