Karan stalks Prithvi and Sherlyn to find proof against them. 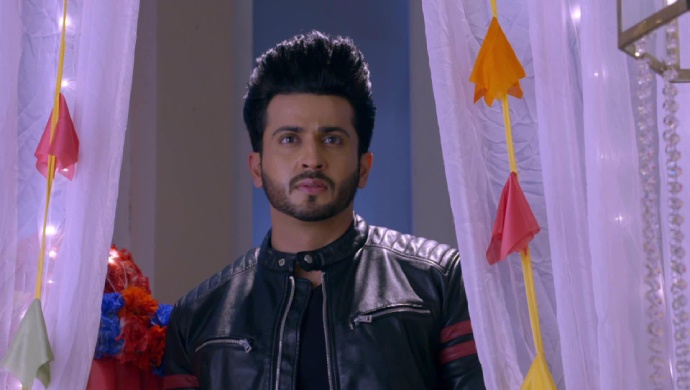 In the previous episode of Kundali Bhagya, Karan catches Sherlyn and Prithvi hugging. However, they deny any relationship between each other. Karan tells Prithvi that he will be keeping an eye on all his actions. While Karan is doubting Prithvi, the rest of the family considers him a hero for saving Preeta. After hearing Monisha’s side of the story, Preeta is confused about what to believe.

In tonight’s episode, Sherlyn asks Prithvi to leave the Luthra house and be away from Karan. Prithvi is hesitant to leave because he wants to meet Preeta. However, he gives in to Sherlyn’s demands. Seeing Prithvi and Sherlyn leave together Karan becomes suspicious. He decides to follow them in his car.

Preeta and Rishabh are on their way back from the police station. Rishabh is trying to soothe Preeta after her encounter with Monisha. On the way they see Prithvi and Sherlyn passing by in the same car. A little later they almost run into Karan. He speeds away without noticing them as he’s keeping an eye only on Prithvi’s car.

When Preeta and Rishabh reach home, everyone informs them that the security of the house must be doubled to stop such attacks. Rishabh tells them not to worry, he will make sure everyone is safe. Back at Sherlyn’s place, Prithvi is trying to convince Sherlyn that he loves her.

He tries getting romantic with her. She stops him and points out that she is pregnant now. Karan meanwhile has made up his mind to catch Prithvi and Sherlyn red-handed. However, when he reaches there he finds the door locked and begins looking for a way to break in.

Sherlyn and Prithvi move upstairs to Sherlyn’s room. Here Prithvi brings up how he frustrated Karan the entire day. Firstly by convincing the family that he saved Rishabh. Secondly by getting Preeta to take care of him. Sherlyn’s mind goes back to earlier in the day. She remembers how happy Prithvi was when Preeta took care of him.

While they are fighting Prithvi hears a sound outside. Will Karan’s plan be exposed to Sherlyn and Preeta? Stay tuned to find out.